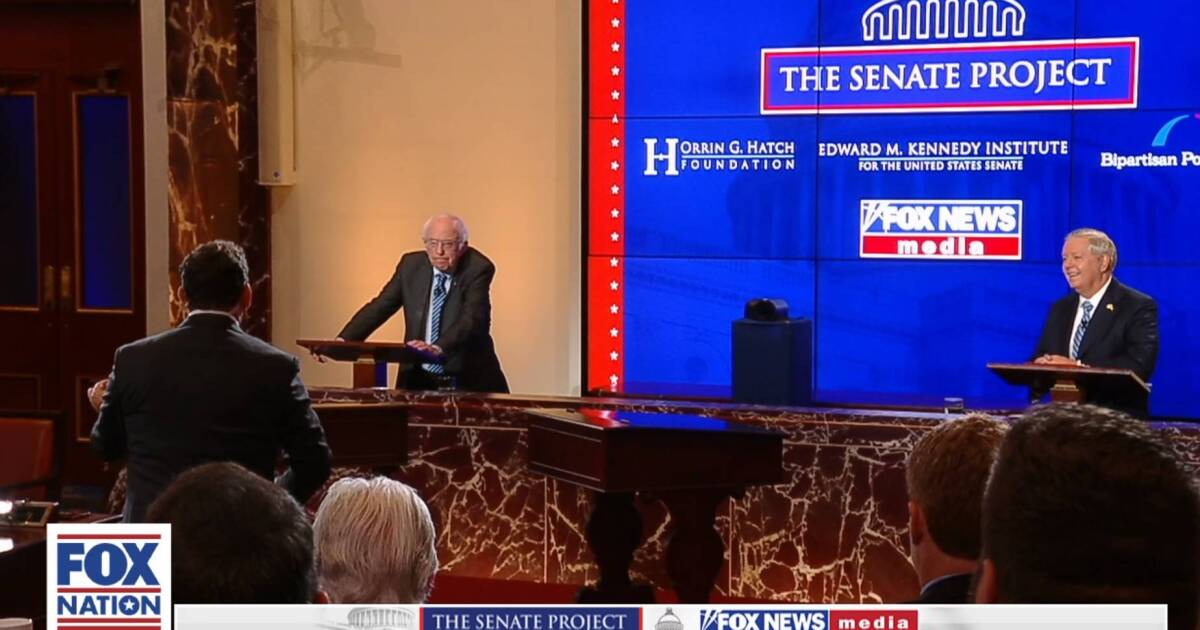 A debate between Sens. Bernie Sanders (I-VT) and Lindsey Graham (R-SC) on Monday touched on almost every major topic facing the United States today, from gas prices and inflation to baby formula — but abortion was notably skipped.

A debate between Sens. Bernie Sanders (I-VT) and Lindsey Graham (R-SC) on Monday touched on almost every major topic facing the United States today, from gas prices and inflation to baby formula — but abortion was notably skipped.

It’s unclear why abortion was omitted from the conversation. Currently, protesters are gathering outside the Supreme Court in anticipation of the possible release of the Dobbs v. Jackson Women’s Health Organization decision, which is expected to overturn Roe v. Wade.

Discussing energy during the Senate Project Debate Series on Fox Nation, Graham predicted that most vehicles will be electric by 2040. “We’re going to electrify the transportation fleet by the mid-2030, 2040, somewhere in that time period. Most cars on the road will be electric,” he said.

“I believe in climate change. It’s pretty obvious to me that [the] greenhouse gas effect is real,” he explained. However, Graham added that solar and wind energy aren’t going to be enough to transition people into electric vehicles.

“The transition fuel will be gas,” he said. “We should be sending American-owned natural gas to Europe. There are two terminals developed by Germans to receive natural gas from America. We need to unleash American natural gas production to help ourselves but also to help our friends in Europe so they’d be less dependent on Putin.”

“Let’s talk about gas prices because you’re right — they are outrageously high,” he said. “Meanwhile, the major oil companies made $35 billion in profit in the first quarter of this year. And at the end of the year, it is estimated [they’re] going to give $88 billion in stock buybacks to their wealthy shareholders.”

In a message to listeners, Graham said, “All I can suggest to the American people: This inflationary death spiral we’re in is being driven by policies that don’t work,” knocking Democrats for their opposition to the Keystone XL pipeline and reliance on foreign oil.

Graham later made clear that he does not believe the 2020 presidential election was stolen and admits that Joe Biden won, noting that he voted to certify the results.

“OK. But what about all of the candidates out there who are trying to say that he didn’t? Your Republican candidates you want people to vote for?” Sanders asked him.

“What about the people saying defund the police? You talk to them, I talk to that crowd,” the South Carolina senator countered.

“But your crowd is a lot larger than my crowd,” Sanders responded.

The senators also addressed guns, social security, healthcare, and immigration, among other things.

The debate will air on Fox News on Saturday at 7 p.m.