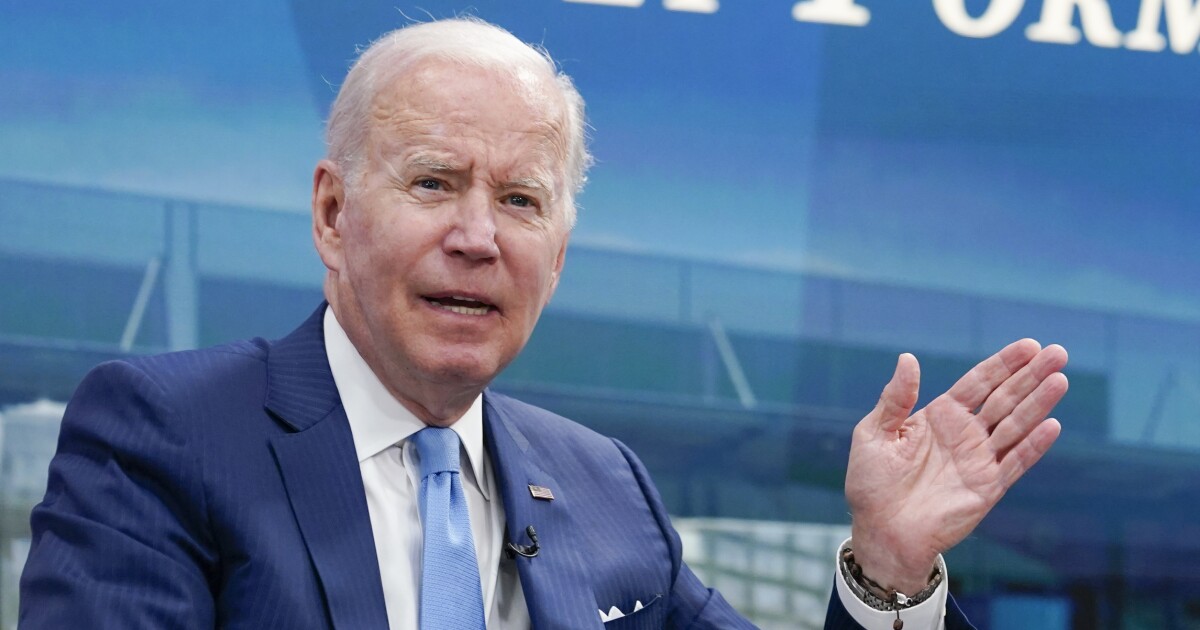 EXCLUSIVE — President Joe Biden's social media presence may be costing taxpayers millions of dollars per year, according to an analysis of White House personnel records and recent reporting about Biden's messaging challenges.

EXCLUSIVE — President Joe Biden‘s social media presence may be costing taxpayers millions of dollars per year, according to an analysis of White House personnel records and recent reporting about Biden’s messaging challenges.

A recent story detailing White House staff dysfunction included information attributed to spokesman Andrew Bates that more than 70 staffers help create and manage Biden’s social media content. Based on salary data, the combined salary for 70 White House staffers would be roughly $6,695,436, not including equipment or other costs.

For comparison, the social media budget for large companies with more than 50 employees was generally $100,000 or more in 2021, according to the social media management platform Hootsuite. That figure would include media equipment and production costs, copywriting and editing, software, paid advertising campaigns, and salaries. The $6.7 million White House figure only accounts for the estimated salaries of the 70 White House staffers working on Biden’s strategy.

Since 1995, the White House has been required to supply Congress with an annual report detailing staff salaries. The most recent report was published July 1, 2021, but shows a total of 519 paid staffers earning an average salary of $95,649.09, based on estimates conducted by the Washington Examiner. The Biden White House also listed 41 employees who do not take a salary. Thirty-six of them serve on the Supreme Court commission Biden created last year, while the remainder serve as advisers to the president on coronavirus and the federal nominations process.

It’s unclear exactly which staffers work on social media or for how long each day, as the White House did not respond to a request for comment from the Washington Examiner by press time. Just 38 staff members have titles including the terms “press,” “communications,” “media,” or “video.” Those 38 staffers earn a somewhat lower average salary of $86,671.05.

Furthermore, there are a number of senior officials skewing the salary figures somewhat, such as then-press secretary Jen Psaki, who made $180,000, and principal deputy press secretary Karine Jean-Pierre, who was paid $155,000 last year. A new set of salaries will be released at the beginning of next month.

Biden’s White House staff is considerably larger than that of former President Donald Trump, both in number and in total pay. The Trump administration’s final report listed 403 paid staffers, which is 116 fewer than Biden. Those employees earned slightly more on average, at $98,613.99, but the grand total for Trump’s staff during his last year in office amounted to $39,741,437.97, nearly $10 million less than Biden’s staff, which earned $49,641,877.71 collectively. The Trump White House also employed seven unpaid employees, including Ivanka Trump, Jared Kushner, Paula White, and a handful of lawyers.

None of the unpaid positions in either the Biden or Trump White Houses were included in calculating salary averages.

Trump was known to tweet himself for most of his term before being banned from the platform in the wake of the Jan. 6 Capitol riot. His social media point man, Dan Scavino, was reportedly paid $179,700 per year. The former president told Politico that during the 2016 campaign against Democratic nominee Hillary Clinton, “Hillary had 28 people — and I had Dan.”

Biden has already received some online criticism for the size of his social media staff.

He has like 70 people who handle his social media and none of them thought to post something about one of the most important days in the history of our country until 8:45 pm https://t.co/RVbU9dkDoW

The social media staffing revelation comes amid increasing reports of White House infighting and news of departures as the president’s approval ratings continue to sag.

Biden will conduct his first network sit-down interview in 118 days later this week on ABC’s Jimmy Kimmel Live, and there are reports that he’s frustrated with his staff for habitually “cleaning up” his statements after the fact.