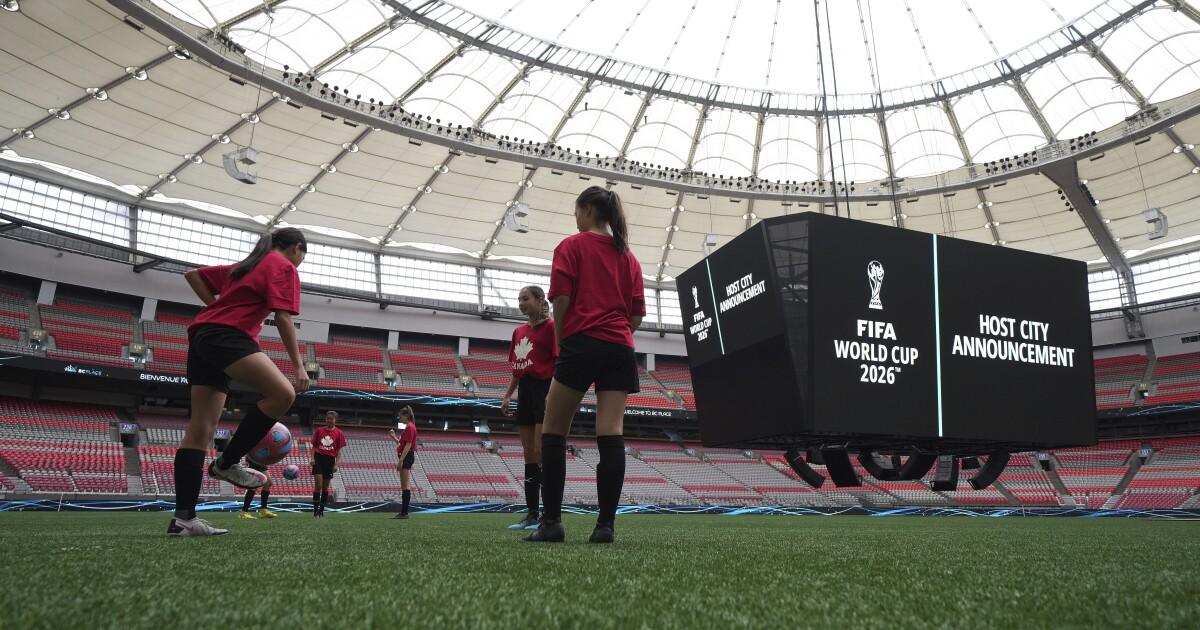 FIFA unveiled Thursday the cities that will get the opportunity to co-host the 2026 World Cup, but the U.S. capital was notably absent.

FIFA unveiled Thursday the cities that will get the opportunity to co-host the 2026 World Cup, but the U.S. capital was notably absent.

Sixteen cities were selected, 11 of which are located in the United States, which will host soccer’s biggest tournament for the first time since 1994, alongside Canada and Mexico. Washington, D.C., had vied with Baltimore for a slot but did not make the cut.

“D.C. is the No. 1 ranked television market for English Premier League soccer,” Washington bid co-chairman Max Brown said, according to a Washington Post writer. “So I don’t know what the hell FIFA was looking at when they made that decision.”

UKRAINE ONE WIN AWAY FROM WORLD CUP AFTER DEFEATING SCOTLAND

In Mexico, Guadalajara, Mexico City, and Monterrey will also host, while Toronto and Vancouver in Canada were also selected. Those stadiums include Akron Stadium, Estadio Azteca, Estadio BBVA, BMO Field, and BC Place.

North America had won the bid to host the 2026 World Cup in 2018, prompting a flurry of 16 U.S. cities to compete for the coveted role. The other four U.S. cities rejected were Cincinnati, Denver, Nashville, and Orlando.

“The host cities will be absolutely key to ensuring the successful delivery of the competition. We look forward to working with them to deliver what will undoubtedly be the largest FIFA World Cup in history,” Colin Smith, FIFA’s chief tournaments and events officer, said in a statement last month.

A total of 48 teams are expected to compete in the feted event, up from the current 32, and the tournament will feature 80 matches, 60 of which will take place in the U.S.