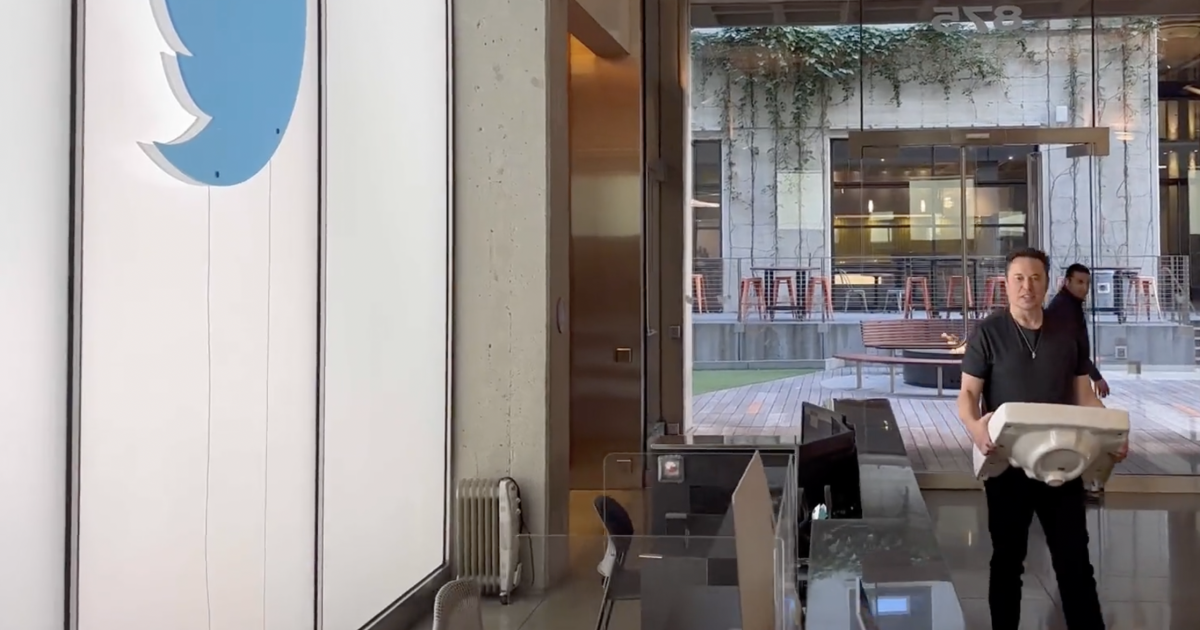 Twitter chief Elon Musk made good on his pledge to drop new information about the company's behind-the-scenes machinations about the suppression of the Hunter Biden laptop story in October 2020.

Twitter chief Elon Musk made good on his pledge to drop new information about the company’s behind-the-scenes machinations about the suppression of the Hunter Biden laptop story in October 2020.

Musk retweeted a thread from journalist Matt Taibbi, who slowly rolled out information from the so-called “Twitter files.” The thread revealed that Twitter mulled requests from political groups to suppress material.

The outspoken CEO had teased Friday that he would divulge the new information at 5 p.m. ET, but subsequently announced there would be a significant delay because the company was “double-checking some facts.”

Taibbi shared screenshots of internal conversations in which Twitter employees noted tweets that had been flagged by the Biden team or the Democratic National Committee. He explained that both parties highlighted content to Twitter, but emphasized that the company wasn’t even-handed, because the company was staffed with individuals who leaned Democrat.

11. This system wasn’t balanced. It was based on contacts. Because Twitter was and is overwhelmingly staffed by people of one political orientation, there were more channels, more ways to complain, open to the left (well, Democrats) than the right. https://t.co/sa1uVRNhuH pic.twitter.com/K1xmqQ0TrD

At one point, a schism appeared to emerge between the communication and policy teams after then-White House Press Secretary Kaleigh McEnany was locked from her Twitter account. McEnany had tweeted material about the laptop story. Someone at the company noted her tweet was “bounced” for breaching the hacked materials policy.

19. White House spokeswoman Kaleigh McEnany was locked out of her account for tweeting about the story, prompting a furious letter from Trump campaign staffer Mike Hahn, who seethed: “At least pretend to care for the next 20 days.” pic.twitter.com/CcXTfsdzCT

Taibbi emphasized that while “several sources recalled hearing about a ‘general’ warning from federal law enforcement,” he found no evidence that the government was involved in the laptop story.

He further claimed that the decision was made at “the highest levels of the company, but without the knowledge of CEO Jack Dorsey.” Former head of Legal, Policy and Trust Vijaya Gadde, who departed the company after Musk’s takeover, was involved, according to Taibbi.

“They just freelanced it,” one former employee told him. “Hacking was the excuse, but within a few hours, pretty much everyone realized that wasn’t going to hold. But no one had the guts to reverse it.”

Internally, many employees began to fret over the handling of the matter, with some asking if they could “truthfully claim that this is part of the policy” or raising questions about “the policy basis for marking this as unsafe.” Others pointed to the 2016 election and were keen on avoiding a repeat, concerned about potential foreign interference.

26. By this point “everyone knew this was fucked,” said one former employee, but the response was essentially to err on the side of… continuing to err. pic.twitter.com/2wJMFAUBoe

Amid the internal fervor, Rep. Ro Khanna (D-CA) had an exchange with Gadde in which he raised concerns about the First Amendment, a “mention of which is generally hard to find in the files,” according to Taibbi.

Musk has long ripped the blocking of the laptop story as “obviously incredibly inappropriate” and pledged to expand transparency and steer Twitter in a more pro-free speech direction since his $44 billion takeover of the company, which officially took effect in October.

This is a breaking story and will be updated.