Leftists voted as a bloc to avoid discussing the stoning to death of a young Christian girl in Nigeria. These people hate Christianity.

Once again, a large governmental body has exposed itself as morally bankrupt if not wholly bereft of legitimacy.  On May 18, 2022, the European Parliament, one of the European Union’s legislative bodies, rejected a proposal to discuss the elephant in the room: the rampant persecution of Christians around the world.

The proposal came in response to the May 12 stoning and burning to death of Deborah Samuel Jacob (Yakuba), a Christian student in Nigeria murdered by Muslims for thanking Jesus for her performance in a test, and, therefore, precipitating an allegation that she had somehow “blasphemed” against Muhammad.  Her murderers also made a video laughing at and mocking her burning corpse.  Using that tragic incident as a catalyst, Jean-Paul Garraud, a French member of the European Parliament (MEP), proposed a debate on the persecution of Christians and Christianophobia.

With a vote of 244 against, 231 in favor, and 19 abstentions, the proposal was rejected.  Considering that the European Union claims to champion human rights and religious freedom, several of those MEPs who voted for the proposal were heard booing and shouting, “Shame on you!” across the plenary floor (video here).

Those MEP groups that voted against the proposal included the vast majority of the European United Left, the Greens, the Social Democrats, and the Renew Europe group — in a word, and to use American parlance, the “left.”

Responding to their hypocrisy and double-standards, Jean-Paul Garraud, the MEP who submitted the proposal, lamented that the European Commission “does not want to designate a coordinator for the fight against Christianophobia, when a coordinator of this type was created for anti-Semitism and Islamophobia.”

Other MEPs were outraged at what they described as “shameful” and “disgraceful” behavior from the left.  Margarita de la Pisa Carrión, of the Spanish political party Vox, and an MEP since 2019,  tweeted: “What a disgrace!  The European Parliament does not want to take a stand on the murder of the young Nigerian for being a Christian.  They do not want to condemn the persecution that we Christians suffer.  This is inexcusable!”  (Spanish original.)

Similarly, Peter van Dalen, a Dutch MEP, tweeted, “It is an extremely deep disgrace that a majority of the European Parliament refused to debate the murder, by stoning, of the Nigerian Christian student Yakubu, who was falsely accused of blasphemy.”

“Europe should know Deborah Samuel Yakubu’s name,” observed Jean-Paul Van De Walle, of ADF International, a religious freedom advocacy group in Brussels.  “This opportunity to speak out against a brutal and unjust murder of an innocent teenage girl — based on a false accusation of ‘blasphemy,’ no less — has been unforgivably lost.  Nobody should be persecuted because of their faith, but it seems that the E.U. has turned a blind eye.”

The irony of all this is that the gruesome murder of Deborah, which some are presenting as an anomaly, is just the tip of the iceberg of the Muslim persecution of Christians.  A few weeks before her killing, a Muslim man slaughtered a Christian priest in broad daylight in Egypt.  A few days later, another Muslim man killed another Christian in Egypt; afterward, and just like the murderers of Deborah, he made a video boasting about his actions, adding that he did it out of “loyalty to Allah.”

The list goes on and on.  What the Christian woman, Deborah, suffered — being accused of and killed for “blasphemy” — is common throughout the ultra-thin-skinned Muslim world.  It seems to be a weekly occurrence in Pakistan, where not a few Christians, including several mentally disabled, have been imprisoned, killed, and burned alive on the charge.

In short, Christians all around the world are being savagely persecuted, notoriously so in Muslim nations.  According to one large study published in early 2022, “over 360 million Christians suffer high levels of persecution and discrimination for their faith — a rise of 20 million from last year.”  Nearly 5,898 Christians were murdered due to their religious identity, and 5,110 churches and other Christian buildings (monasteries, schools, etc.) were attacked and profaned.  On average, then, every single day around the world, more than 16 Christians were murdered for their faith, and 14 churches were destroyed or desecrated.

Equally telling is that the report ranks the top 50 nations where Christians are most persecuted for their faith.  Thirty-nine of these nations are Muslim-majority or have sizeable Muslim populations.

As for Nigeria, where Deborah Samuel was murdered, according to several international observers, a “pure genocide” against Christians is taking place.  Since an Islamic insurgency earnestly began in July 2009 — first at the hands of Boko Haram, a professional Islamic terrorist group, and later by the Fulani, Muslim herdsmen also radicalized and motivated by jihadist ideology — over 60,000 Christians have been butchered or abducted during raids, never to return and believed by their loved ones to be dead.  About 20,000 churches and Christian schools have also been torched and destroyed during the same timeframe.

So what has been the international community’s response to this unmitigated jihad on Christians all around the world — including, increasingly, in Europe, where several churches are desecrated daily?  As recently demonstrated by the European Parliament, not only are large governmental bodies turning a blind eye to it, but they are employing their vast resources to present the persecutors as victims and the victims as persecutors, as underscored by the United Nations’ recent “Combat Islamophobia” initiative.

While claiming to champion human rights, leftists — and virtually all 244 MEPs who voted against the aforementioned proposal are leftists — habitually refuse to acknowledge, much less address one of the most urgent human rights crises of our times: Muslim persecution of Christians.  And they do so — if we may be brutally frank for a moment — for the simple and increasingly obvious reason that they hate Christianity. 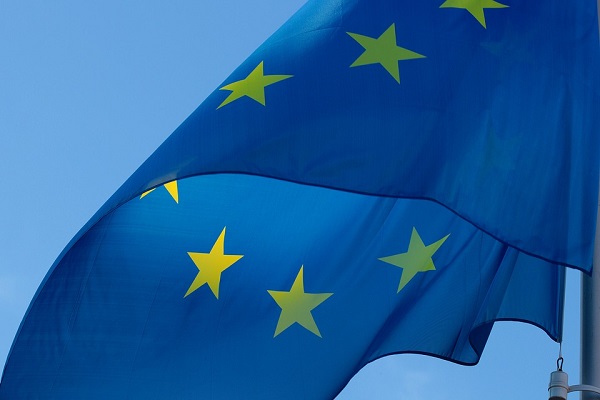