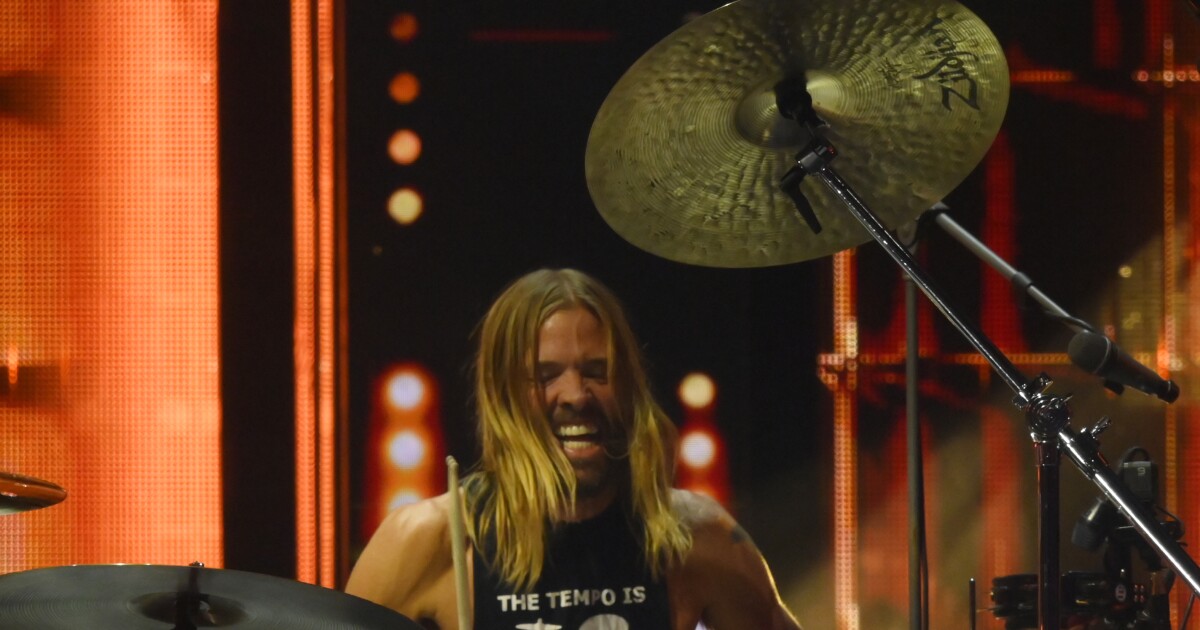 The concerts will celebrate “the memory and music of a rock legend” at California’s Kia Forum and England’s Wembley Stadium, according to the band’s website.

“For our dear friend, our badass bandmate, our beloved brother … Foo Fighters and The Hawkins family bring you the Taylor Hawkins Tribute Concerts,” the band wrote in a tweet.

Hawkins’s wife Alison Hawkins took to her late husband’s Twitter account to promote the concert, sharing her “deepest thanks and admiration” for “the global Foo Fighters community and Taylor’s fans.”

“As Taylor’s wife, and on behalf of our children, I want to share how much you meant to him and how dedicated he was to ‘knocking your socks off’ during every performance,” the statement read. “In celebration of his life, it is now up to all of us who loved him most of honor Taylor’s legacy and the music he gave us.”

“Hopefully this will inspire Van Halen to do an event for Eddie Van Halen soon,” Trunk wrote.

This comes over two months after Hawkins’s death and three weeks after country star Wynonna Judd announced she would be continuing the tour meant to feature herself and her mother Naomi Judd, following Naomi’s suicide. CMT hosted a tribute concert in May for Naomi Judd.

The Foo Fighters have also received calls to livestream the concert for those who won’t be able to be there in person.

“So badly want to go, but there’ll be soooo many people trying when tix go on sale,” news editor Gina Stainer tweeted. “Hope they stream the gigs too for everyone who doesn’t manage to get a golden ticket but wants to experience this very special moment.” Others chimed in, posting similar sentiments.

Hawkins, who died at 50, left behind a 16-year-old son, a 13-year-old daughter, and an 8-year-old daughter. He was the band’s second drummer, replacing drummer William Goldsmith, who left the band in 1997.