Public pension fiduciaries may soon be looking to distance themselves from advisors leading them down the ESG path.

How the ESG Movement is Shooting Itself in the Foot – American Thinker<!—->

Reputational risk is the wonderfully vague term that is being used more and more to justify decisions to terminate a business relationship when an objective reason is unavailable. According to an excellent article in the Georgia Law Review, “Regulating Bank Reputation Risk,” the concept of reputational risk really took off in the 1990s when federal regulators were looking for a way to incorporate subjective policy and social considerations when examining financial institutions.

Weaponizing reputational risk has almost exclusively been used to isolate and punish conservatives and to advance progressive causes, but it may just swing the other way. Are there stakeholders, such as public pension beneficiaries and taxpayers, who may be harmed by certain political or ideological actions? Public pension fiduciaries may soon be looking to distance themselves from advisors leading them down the ESG path.

As I wrote here, public pension plans, public university endowments, and state trust funds are powerful tools to implement ESG investments and Net-Zero 2050 initiatives. Several states have moved to divest public funds from fossil fuels, leaving their pension plans on the outside looking in as share prices of many fossil-fuel companies have posted nice returns in a challenging market so far in 2022.

State and local pension plans are primarily defined-benefit plans and the fiduciaries for these plans are generally held to a higher standard of conduct. This makes sense because the participants in these plans have little to no input or knowledge of plan investment decisions and rely heavily on the prudence of the fiduciaries. These fiduciaries are supposed to act in the sole interest of the plan participants consistent with the goals as documented for each plan. Public funds are subject to the laws and rules of each state and the individuals responsible to manage these funds are fiduciaries who owe certain duties and obligations to the beneficiaries of the particular fund. The fiduciaries also have personal liability for their actions or inactions managing the fund whether they are aware of this or not.

Private qualified retirement plans are subject to the Employee Retirement Income Security Act of 1974 (ERISA), a statute so long that only the Internal Revenue Service Code is longer. These plans are regulated by the IRS, the Department of Labor (DoL) and other federal agencies. The Employee Benefit Security Administration under DoL is considering revisions to the definition of fiduciary duties to include a consideration of climate impacts and other ESG factors in making investment decisions. This focus on ESG investing follows Executive Order 14030 from the Biden administration and would give fiduciaries of private retirement plans some regulatory protection when using ESG criteria for plan investments. However, this revised definition would not apply to fiduciaries of state and local pension plans.

The ESG movement is well established in boardrooms of large corporations and on Wall Street. ESG proponents see the vast wealth held by state public investment funds and want to use those assets to remove any remaining barriers to the Great Reset. The fiduciary statutes in the 50 states may be the last meaningful roadblock to the brave new ESG world. 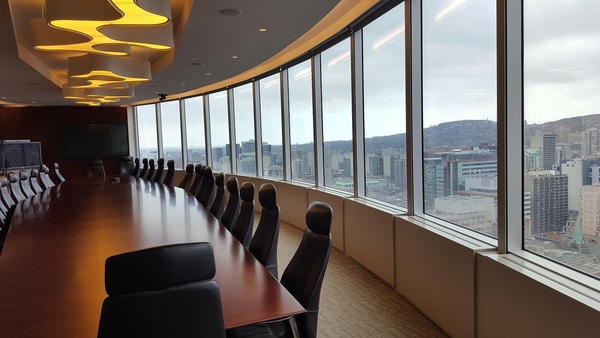 And, the use of other people’s money (public funds) by the large money managers to push environmental and social policy comes at a time when the majority of public pensions are underfunded, putting fiduciaries pushing ESG investing in a tough spot. Many plan fiduciaries want to follow the ESG movement, to be seen as one of the cool kids, but there is a potential downside risk. We live in a litigious society.

State statutes vary but generally the fiduciaries of public funds must make decisions solely in the best interest of beneficiaries of the public fund, this is referred to as the Duty of Loyalty. Most states adhere to a version of the prudent person standard to evaluate fiduciary decisions and fiduciaries must also be mindful of the costs incurred in managing the fund.

At first blush, it is hard to see how an ESG-motivated investment policy, such as divesting from coal, fits within these state fiduciary rules. Is that decision solely in the best interest of the plan beneficiaries? For example, as of May 2, 2022 the S&P 500 has a year-to-date return of negative 13.78 percent while ARCH Resources was up nearly 70 percent over the same period. This is just an isolated snapshot, but it does illustrate the real-world impact of fiduciary investment decisions.

Knowing that state fiduciary statutes are a sticky wicket for fiduciaries of public investment funds, the academic world has been hard at work over the past decade arguing for the necessary evolution of these antiquated fiduciary rules. A review of these efforts is provided in a work titled “The Origins of ESG in Pensions: Strategies and Outcomes.” The efforts outlined in this report seek to broaden the number of stakeholders who must be considered when operating a public investment fund. The aim of those seeking to evolve fiduciary duties is not simply to allow fiduciaries to incorporate ESG into investment decisions, but to require them to do so.

Institutional money managers are all on the ESG bandwagon and they have the ears of fiduciaries in all 50 states. Fiduciaries across the country are investing billions of public dollars with ESG goals in mind. Time will tell whether these investment bets pay off for these plans, but it is important to note that pension beneficiaries do not need to worry about the investment returns because their earned benefits will be paid to them one way or another. However, taxpayers in each state must understand they are the guarantee behind these plans. If the assets in these plans are not sufficient to pay out the promised benefits, the taxpayer will be called on to backstop these pensions.

So, taxpayers, watch your public pension plans carefully. Watch the investment decisions that are being made and the expenses incurred. Talk to your lawmakers and ask how your public investment funds are doing. Before you are asked to bail out any of these funds, it would be a good idea to see if the fiduciaries in your state have any personal liability for their actions. Who did they listen to and what was the result?

Have the academics succeeded in evolving the role and duties of fiduciaries to allow for more enlightened ESG sensibilities? Time will tell, and the answer could be costly one way or the other. If you are a fiduciary of a public fund, you cannot delegate away your fiduciary responsibilities and there are many questions you should ask of the money managers and other advisors you rely on, but the most important question is one you have to ask yourself, “do I feel lucky?”