The rise of video content, for better or worse, is having a noticeable impact on the larger political landscape.

The world of politics is constantly changing, and while hot topics ebb and flow with the 24-hour news cycle, there are also underlying trends that seem to define this “industry.” And if you look at the past couple of election cycles — and look ahead to this year’s midterms — you’ll notice something rather significant: The rise of video content. And, for better or worse, it’s having a noticeable impact on the larger political landscape.

Online video content has experienced a steady upward trend over the last couple of decades. In fact, it was already poised for a major breakthrough prior to the pandemic. (In 2019, reports suggested that 82 percent of all created content would be video in 2020.) And then when the Coronavirus hit and lockdowns followed, that incredible consumer thirst for video content became even more insatiable. The pandemic took an already hot fire and basically doused it in gasoline.

Today, the average consumer pays for four different video streaming subscriptions. And 23 percent of consumers have added at least one more paid streaming service since March 2020. But it’s not just Netflix and Hulu. There are a number of relative newcomers making waves. This includes TikTok, Instagram Reels, Disney+, ESPN+, Peacock, YouTube TV, and more.

Politicians and their campaign teams aren’t oblivious to this rise. In fact, they’ve contributed to it over the past couple of election cycles. And you can be certain that video will play an even more prominent role in campaigning over the next several years.

Video content is no longer what it used to be when it was heavily gated and filtered by massive media companies and cable news outlets. Today, it’s accessible, digestible, and available in real-time. This democratization of video content is impacting the political landscape in a number of ways. Here’s a look at some of the big trends.

It used to be that political campaigns needed a six- or seven-figure budget to produce a quality video and share it at scale. Today, it’s being done for pennies on the dollar. Just ask Ed Durr, the truck driver from New Jersey who recently defeated NJ Senate president Steve Sweeney.

The 58-year-old father of three (and grandfather of six), estimates that he spent less than $10,000 on his campaign. By comparison, the previous opponent to democrat Sweeney in 2017 spent an estimated $5.4 million in ads and lost by 18 percentage points.

How was Durr so effective? One of the best things he did was produce videos like this, which were filmed with a simple smartphone and loaded to YouTube.  Without a medium such as this, it would have been nearly impossible for him to garner the support he did.

While Durr kept it simple with his own smartphone footage, others have found ways to create cost-effective campaign videos that look even more professional by splicing in high-quality stock footage from online video services. This makes it possible to put together very slick videos without having to spend thousands of dollars. 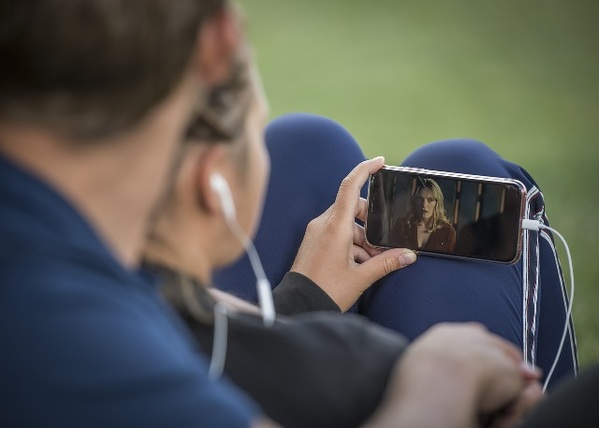 In the past, politicians had one PR mode: happy, upbeat, and confident. Today, video is breaking down these barriers and expectations and allowing candidates to show more of their humanity. This was especially evident in the 2018 toppling of the Democratic Party’s incumbent elites at the hands of female, minority, and outsider candidates.

“For many of these Democrats who were running against better-financed rivals, the breakthrough moment came after they got personal in relatively low-cost videos that went viral, reaching millions of people,” the failing New York Times writes. “Using documentary-style storytelling, which can last for several minutes, candidates have found a successful alternative to the traditional model of raising huge sums of money that get spent on expensive, 30-second television commercials.”

The beauty of this sort of video content is that it can double as ad content and fodder for fundraising. This makes it extremely powerful and versatile for cash-strapped politicians (or those who would prefer to stretch their budgets).

According to a University of Cambridge study of nearly 3 million Facebook and Twitter posts from U.S. politicians and media companies during a recent campaign season, “divisive posts dunking on opponents drive engagement on social media.” In other words, it’s far more effective to run a hit piece on an opponent than it is to run a positive piece about yourself.

As the study explains, “Social media posts about the ‘political outgroup’ — criticizing or mocking those on the opposing side of an ideological divide — receive twice as many shares as posts that champion people or ideas from one’s own political tribe.”

Video has given politicians and their campaign managers an even more engaging and in-your-face way to run divisive pieces. And because engagement is everything, it’s basically encouraged politicians on both sides of the party line to get down and dirty.

Not all hit pieces are created equal. While they might get engagement, some are just downright false and untrue. This is creating a growing concern for companies like YouTube, which are feeling the pressure to police content that gets published and shared on their platforms.

While sites like YouTube and Facebook see “fake news” and misinformation as thorns in their sides, it’s harrowing to think that these companies are seriously considering flagging and removing content. Because while they promise to do so under the banner of “truth,” the reality is that they’ll simply push their own agendas and remove content they don’t ideologically agree with. The ramifications of these decisions could be rather significant.

The Changing Face of Politics

If you look at the most successful politicians in history, you’ll notice that the ones who sustained their influence over many years and decades were the ones who were willing to adapt. The political landscape is always evolving, and video is just the next iteration of campaigning and PR.

Staying keyed into these big trends is vital for politicians at every level.