When the people open their eyes to the systems of control imposed upon them, then no censor, jailer, or media mouthpiece can continue regulating their thoughts.

Great Reset.  Green New Deal.  Build Back Better.  New World Order.  Bilderberg.  Davos.  Council on Foreign Relations.  World Health Organization.  The list of secretive global societies and their mission directives for humanity are daunting.  Many people who would prefer to be left alone to live their lives free from government interference have an understandable sense of impending doom.

The COVID Crisis showed Westerners how quickly (and easily) their governments would impose unilateral mandates against their will, destroying any illusion that self-congratulating “democracies” have any more respect for individual rights or bodily autonomy than the authoritarian regimes the West routinely condemns.  If an unsuspecting citizen once took “freedom” for granted, forced experimental injections, arbitrary and capricious closures of private businesses, mass surveillance, vaccine passports, and government-sponsored censorship of dissenting medical opinion have demonstrated how rapidly undefended freedom slips away.  Westerners were not prepared to take a vigorous stand for freedom of speech, freedom of movement, freedom of conscience, or personal privacy.  Their silence was interpreted as acquiescence to government control and rewarded with only more intrusive and authoritarian measures.

For those who understand what has happened these last two-plus years, the rise of authoritarianism has caused a great deal of consternation.  All around us the government Leviathan is feeding and growing.  Center for Disease Control bureaucrats are already defending their unconstitutional pandemic powers as necessary tools that should be permanently “institutionalized.”  The U.S. government openly targets citizens for engaging in “unacceptable” speech or holding “unapproved” political views.  Stricter gun laws are barreling toward us.  The national security surveillance state is pervasive.  Treasury and finance ministers are working with their central banks to devise digital currencies for the public that will eventually allow them to sequester citizens’ accounts in ways just as bereft of due process as those utilized by the “rules-based international order” to seize Russia’s foreign currency reserves as punishment for invading Ukraine.  The Davos Death Cult is using the pretense of a “climate emergency” to justify tracking every individual’s personal carbon consumption (i.e., surveilling and cataloguing all human movements, sources of income, associations, and experiences).  Biden’s Commie House of Horrors is intentionally unleashing runaway inflation, so that citizens become entirely dependent upon government for personal survival.

Even a cursory glance at humanity’s chess board, then, reveals that those with wealth and power are racing to corral the rest of us before we appreciate what’s at stake.  What’s at stake is nothing short of a great human battle between good and evil — that pitting individual self-determination against corrosive, government authority.  Personal sovereignty versus State enslavement.  Moral agency versus ideological imprisonment.  Private ownership of one’s own labor versus feudal subsistence as a serf.  Freedom versus Control — it’s that simple.

Technology has finally advanced to a point where true totalitarianism may flourish.  Total control over the individual means total control over the thoughts in each person’s mind.  That makes sense, right?  Our thoughts, not our physical features, make us who we are and direct our future actions.  If authoritarian technocrats wish to create a Matrix-type world in which the masses are kept weak, ignorant, and subdued, it is our thoughts that they must regulate.  At the foundational level of all human thought is how we each individually process the observable information around us.

(1) Information is an observable input.

(2) Our minds process that information and form preferences.

(3) Our preferences lead to actions and outcomes in the observable world.

(4) Some of our actions provide new observable information inputs for others, and the steps begin again.

In this regard, Congress’s January 6 Committee and the Department of Justice’s persecution of Trump supporters for their political beliefs is a classic attempt by government to control society not at all different than the Soviets’ use of gulags or the Nazis’ use of concentration camps.  The purpose is to silence certain people in society, so that their thoughts are kept from “spreading” to others.  If people were to actually hear the message of those protesters at the U.S. Capitol — that the 2020 presidential election was a total fraud and an extension of the Deep State’s four-year running-coup against President Trump — the American people might actually demand new elections.  Even more dangerously, publicly voiced inputs of information questioning the legitimacy of the federal bureaucracy’s permanent power over the American people might lead more and more Americans to demand revolutionary changes to an inherently corrupt system.  If D.C. throws the righteous in prison, silences their voices, and defames their good names, then fewer Americans will hear their message or learn from it.

When thoughts are understood as “inputs” that can “spread,” then it is easy to see why governments have an incentive to keep us isolated from each other.  Locking people down in their homes under the guise of viral pandemics or “urgent” climate change “emergencies” strengthens government’s ability to monitor what information we learn.  If freedom of association is outlawed and citizens are kept apart, then information normally exchanged through human interaction disappears.  If government agents control social media platforms and corporate news, then they control our information inputs.  Our preferences and potential actions are constrained by government’s monopoly over what we learn.  For two years, most of us have experienced some version of this tactic.  Although it has been quite real for us, it has mostly been a practice run for more rigid control down the road.

So, what have we learned during this authoritarian practice run?  In its efforts to control the population by first regulating our thoughts, those in power execute a simple strategy:

(1) The State will first appeal to “expert” opinion to begin any new cycle of control measures.  We have no choice but to lockdown because the virologists, or epidemiologists, or climate science gurus say we must!

(2) The State will declare all emergencies “exceptions” to its constitutional obligations to protect citizens’ natural rights and liberties.  We have no time to worry about anyone’s free speech, religious beliefs, need to make a living, or free will — this is an emergency overriding those duties!

(3) The State will seize control over information available on the Internet and broadcast by corporate news.  “Experts” have warned that this “emergency” is too serious to allow citizens access to “disinformation” and, therefore, our “narrative” is the only one legally allowed.

(4) The State will quickly crush dissent with grinding punishment.  In order to fight “disinformation,” medical and law licenses of unauthorized voices will be suspended, bank accounts of protesters seized, and uncooperative citizens arrested.

Not if the people also use this authoritarian practice run as an opportunity to learn from their oppressors.  When the ruling class underestimates the people’s ability to learn and see through their plans, then their hubris becomes their Achilles’ heel.  When the people open their eyes to the systems of control imposed upon them, then no censor, jailer, or media mouthpiece can continue regulating their thoughts.  You break the State’s control over information, you break the State’s totalitarian machine!  It’s a little like a memorable movie line from one of the Terminator movies: If you’re reading this message, then you are the Resistance. 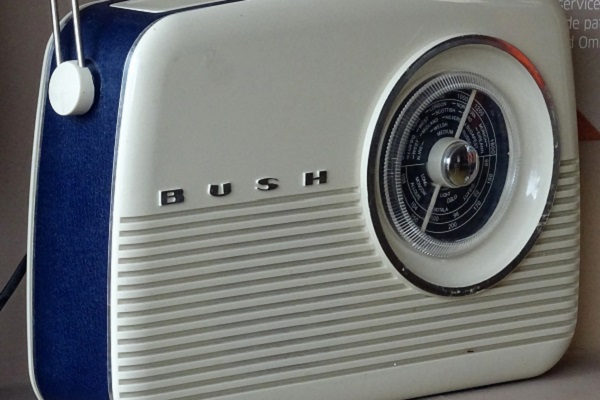