Is the COVID Pandemic about to Get Ugly? – American Thinker<!—->

For a pandemic to be brought under control, a sufficient part of the population needs to acquire sterilizing immunity so that transmission among individuals can be minimized and herd immunity of the whole population can be achieved.  COVID mass vaccinations have been a medical disaster in the U.S. and many other countries because the vaccines allow high levels of transmission of the virus and block our innate and naturally acquired immunity.  As a result of this high level of COVID infection spread, the current lull in virulence (severe outcomes and deaths) will soon skyrocket to levels far higher than 2020.

This warning that the pandemic is “far from over” comes from Geert Vanden Bossche, a well known vaccinologist based in Belgium who has been ringing alarm bells for over a year.

Geert is not alone in coming to this conclusion, but he is one of the few prominent researchers speaking out.  Many research papers came to this conclusion more than a year ago.  Geert refers to one such paper, “Risk of rapid evolutionary escape from vaccines targeting Sars-CoV-2 spike protein”:

The spike protein RBD [receptor binding domain] of Sars cov2 is the molecular target for many vaccines aimed at bringing the virus under control. Such a narrow molecular focus raises the specter of viral immune evasion as a potential failure mode.

In this context, vaccines that do not provide sterilizing immunity (and therefore continue to permit transmission) will lead to a buildup of large standing populations of virus, greatly increasing the risk of immune escape.

Early last year, Geert sent a video message to the World Health Organization about his urgent concerns regarding mass vaccinations.  His plea was to “open the scientific debate on how human interventions are currently driving viral immune escape.”  He called the mass vaccinations a “colossal blunder.”  He called for “devising a strategy … to eradicate the steadily emerging highly infectious variants.”

Geert has been particularly alarmed by the vaccination of the young, who have the best innate immune systems, which normally act as a sponge, or drain, for the entire population to rid itself of a pandemic.  In his view, it is the superior strength of the innate immune systems in children, with their ability to neutralize the virus, that helps to enable the population to achieve herd immunity.  But by injecting vaccinal antibodies into young people, Geert is warning that we are in effect replacing neutralizing antibodies with non-neutralizing antibodies:

Can you imagine what this would mean if you suppress the innate immunity of young people on a permanent basis?  Because that is exactly what we will do if we vaccinate the young.  These people will have their innate antibodies completely suppressed, and their acquired antibodies from the vaccines will be completely worthless[.] … It will prevent the population from ever achieving herd immunity.

Geert publishes on Substack.  Among his many interviews are two long-form interviews on The HighWire with Del Bigtree (Nov. 18, 2021 here and May 6, 2022 here).

In his November 2021 interview with Del Bigtree, Geert predicted that the delta variant, which had already been infecting the vaccinated, would soon be replaced by a new variant, which would have transmission immunity from the vaccine and may even enhance that transmission.  It turns out that Geert was correct.  The next month, omicron appeared.  This new variant is more transmissible than delta, and in his opinion, infections seem to be just as or more prevalent in the fully vaccinated and can reinfect recovered patients, as he predicted.

In the most May 2022 interview, Geert, who predicted the omicron family of viruses accurately, is now predicting that a new type of variant is right around the corner — a variant that not only will allow transmission of the virus, but will be far more virulent than omicron.  He told Del, “The pandemic is anything but over.”

His thesis is that a mass vaccination that allows the virus to escape places pressure on the virus to become more transmissible, following natural selection of the fittest.  Since many in the population are in the same situation, meaning they are vaxxed and the vax is putting immune pressure on the virus in similar ways, the fittest mutant virus (fittest in transmission) ultimately becomes the dominant variant in the population.

But it is the second phase of viral mutation that most concerns Geert.  Now that it has become highly transmissible, the virus is working on the next step of the viral attack: virulence.  Geert predicts that the combination of a non-sterilizing vaccine and the mutating virus will lead to both high infectiousness and a much higher level of severe disease and death.

He describes the science behind his belief in the May 2022 interview.  While that science is not easy to understand, it could be described as follows: the same factor that is making the virus highly transmissible in the nose and throat area is also blocking the transfer of the disease among cells in the lower respiratory area, which is where severe disease occurs.  Geert believes that the virus mutations are hard at work in overcoming that obstacle in the lungs.  He believes that the virus has experienced massive pressure to mutate in such a way as to cause severe respiratory disease and predicts that this will happen in a matter of weeks.

The overall message that this scientist is sending might be that we are at war not only with a mutating virus, but with a complex interplay among a mutating virus, population segments that have well functioning innate and natural immunity, and population segments (most of the population) that carry vaccinal antibodies that do not neutralize the virus.  This is uncharted territory, and the discussion is made difficult by scientific complexities that are not easy to understand.

It is worth listening to Geert’s voice because he takes the time to explain his point of view and looks at different aspects of science — vaccinology, virology, immunology, evolutionary biology.  Geert’s thinking takes time to understand, but it is a good antidote to the confusion generated by COVID news. 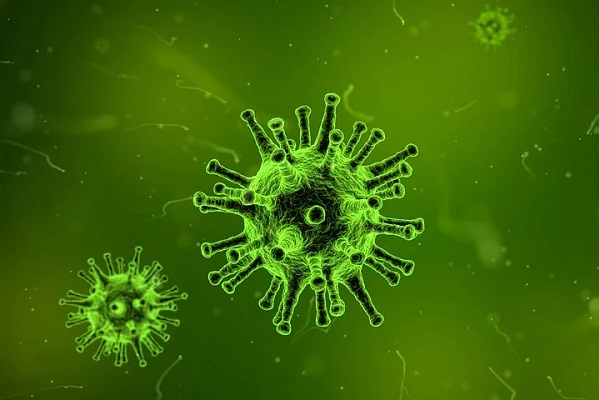