Why are so many people angry at Supreme Court Justices because Roe v. Wade could be overturned?

Why are so many people angry at Supreme Court Justices because Roe v. Wade could be overturned? If the Court were to decide that the 1973 ruling in Roe was incorrect, that is not the same as saying that abortion must be illegal. No state need pass any laws that restrict abortion in any way. If they do, and you disagree, then your mostly peaceful protests should be directed at your elected legislative representatives — not Supreme Court justices. None of the current Justices were on the Supreme Court when Roe was originally decided, so it’s not their fault that the ruling then was so bad that it has always been ripe for overturning.

In the latter days of the 18th century, some of the Framers of our Constitution were concerned about the potential for abuse of power by the new federal government. To ensure that our basic rights were not trampled on, ten Amendments, known collectively as the Bill of Rights, were ratified in 1791 by the states as amendments to the Constitution. Additional amendments and protections came later, and with the passage of the 14th Amendment, those protections have come to be applied to state governments as well (though not without controversy).

Through a process of judicial review, the Supreme Court has final say in whether a state law violates the rights guaranteed in the Constitution. In the case of Roe v. Wade, a Texas law that disallowed abortion unless the mother’s life were at risk was challenged in 1971 by a woman (pseudonym “Roe”) who wanted an elective abortion. So, the role of the U.S. Supreme Court was to decide if the Texas abortion law contravened any constitutionally guaranteed rights.

In a 7-2 decision, the court majority ruled (imagined) in 1973 that the Texas law violated the Due Process clause, also included in the 14th Amendment, and declared the state’s criminal statutes against abortion to be unconstitutional for being unduly restrictive. So, the benevolent justices decided to let us know what restrictions would be permitted: none in the first trimester of pregnancy, but some restrictions in the second and third trimesters. They did not say that the Constitution disallowed restrictions on abortion, only that Texas went too far. 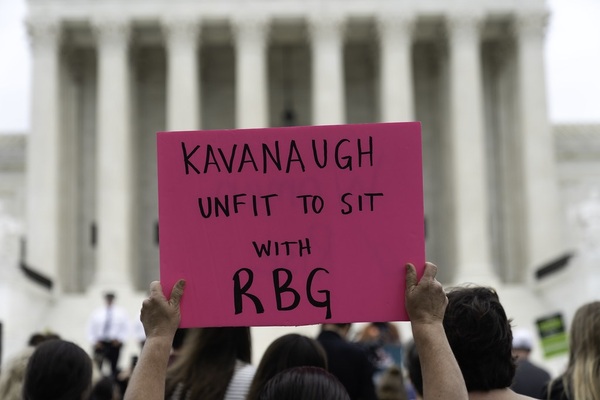 In reality, it was the Supreme Court that went too far. The Roe v. Wade ruling was always strange and dubious, a constitutional stretch, as if the court majority were trying to finagle a way to give abortion some constitutional protection that did not exist. Were it a piece of legislation, enacted by our representative legislative body (e.g., Congress), the Roe plan was actually not bad, in that it attempted to find a middle ground for what is a very thorny and contentious issue. But the justices are not our legislators, and as a product of judicial review, which it was supposed to be, the 1973 ruling in Roe was a failure.

You may have loved the original decision, and now feel angry because it could be reversed, but you should be wary of the process that delivered it. Yes, the Supreme Court does need to ensure that our fundamental constitutional rights are protected to stave off political oppression by the government, but abortion is not one of those rights, and throwing tantrums before the court or threatening the justices is not how this is supposed to work. Supreme Court justices should not be allowed to re-rite the Constitution to suit their own personal beliefs. This is not some fresh take from me. Justice Hugo Black put it well way back in 1965, in his dissenting opinion for an earlier, somewhat related case concerning birth control (Griswold v. Connecticut):

“I repeat, so as not to be misunderstood, that this Court does have power, which it should exercise, to hold laws unconstitutional where they are forbidden by the Federal Constitution. My point is that there is no provision of the Constitution which either expressly or impliedly vests power in this Court to sit as a supervisory agency over acts of duly constituted legislative bodies and set aside their laws because of the Court’s belief that the legislative policies adopted are unreasonable, unwise, arbitrary, capricious or irrational. The adoption of such a loose flexible uncontrolled standard for holding laws unconstitutional, if ever it is finally achieved, will amount to a great unconstitutional shift of power to the courts which I believe and am constrained to say will be bad for the courts, and worse for the country.”

But even setting aside the judicial overreach in Roe, how should a democracy decide the debate on abortion? Though the issue may seem unambiguous to its advocates, there are also those who view abortion as akin to murder. That’s pretty serious. So, should we allow a body of nine unelected lawyer-types serving lifetime positions, judicial oligarchs if you will, to settle the matter? Is that democratic? Even some of the justices themselves understood that they were not the ones who should be resolving such a contentious extra-constitutional issue. Justice Byron White, for example, noted in his Roe dissenting opinion:

“This issue, for the most part, should be left with the people and to the political processes the people have devised to govern their affairs.”

But abortion advocates are such… babies. It’s so much easier for them to let the court decree that they can get their way, than having to win the majority of ordinary people to their cause. The Democratic Party, of which abortion advocates are a large subset, would have us believe they are great champions of democracy, but they don’t seem to be so hot on the idea when their extreme ideas are rejected at the polls (see also: Marriage, Gay). Like a baseball team that can’t pitch well enough to strike out the other side, they pressure the Supreme Court umpires to widen the strike zone when their opponent is at bat. You know, Justice Alito, they’d hate to have to come to your house… you too, Kavanaugh.

We need to understand that not everything we think we should be allowed to do is a constitutionally protected right. That is as it should be, and is not the fault of the Supreme Court. Some issues are best left to the people to sort out over time, and abortion has always been one of those issues.