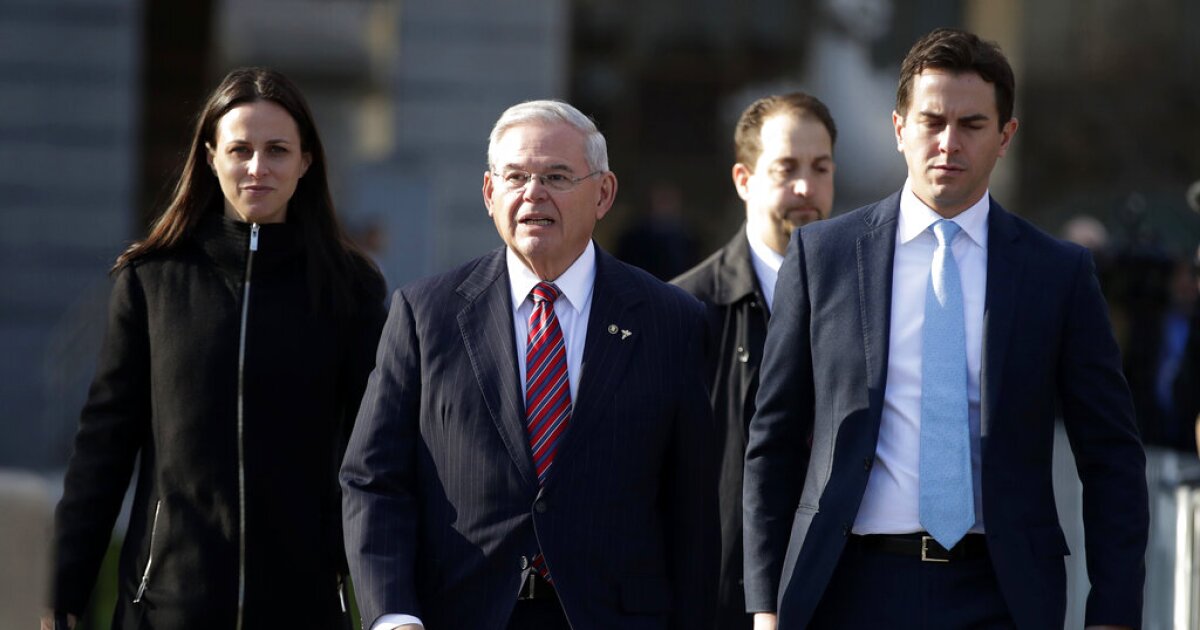 A pair of House candidates in New Jersey will bring serious name recognition when voters decide their political fates in November.

A pair of House candidates in New Jersey will bring serious name recognition when voters decide their political fates in November.

Democratic House candidate Bob Menendez Jr., is virtually assured of winning his race. But in a nearby district, Republican Tom Kean Jr. is in for a tough fight as he tries to defeat an incumbent lawmaker.

In both cases, their famous fathers are political heavyweights that helped pave the way for the namesakes.

Menendez Jr., is the son of Democratic Sen. Bob Menendez. The junior Menendez has never held public office before, but on Tuesday night, he sailed to an easy primary win in the 8th Congressional District, an overwhelmingly Democratic enclave that includes some of the most urban areas of New Jersey, including parts of Elizabeth and Jersey City. Menendez is virtually assured of victory against Republican rival Marcos Arroyo.

Menendez Jr. is set to replace retiring Democratic Rep. Albio Sires. Menendez Jr. was effectively handpicked by local Democratic powerbrokers for the post. It’s part of a political path greased by his father, who is the chairman of the Senate Foreign Relations Committee and came up in the rough-and-tumble New Jersey political world. The elder Menendez held the House seat that his son is seeking for 13 years starting in 1993, before being appointed to an open Senate seat and then winning on his own three times.

Following his win, Menendez Jr. thanked his parents “for instilling in me the same spirit of public service that has guided them throughout their lives.”

Menendez Jr.’s only government experience is with the Port Authority, which he joined in June 2021. But not everybody is on board with catapulting the younger Menendez to Congress.

Drew Sherman, an opinion writer with the Star-Ledger, called the campaign to put Menendez Jr. in office “an act of nepotism so brazen it’s almost impressive.” But Sherman acknowledged any effort to run against him would be an uphill battle.

“Bob Sr. has already recruited the entirety of New Jersey’s Democratic machine, Gov. [Phil] Murphy included, to aid in the formation of the family dynasty,” Sherman said ahead of Tuesday’s primary.

At the national level, Menendez Jr. received the backing of the political action committee of the Congressional Hispanic Caucus, to which his father belongs. The 36-year-old was also endorsed by Murphy before he even launched his campaign and pulled in support from the Hudson County Democratic Organization, which had a hand in kicking his top two opponents off the Tuesday primary.

Dan Smith, a Columbia University professor who studies comparative politics, told the New Jersey Monitor that having a famous last name might not be enough to secure a slam dunk. Smith, however, said: “Dynastic candidates usually enjoy strong advantages in terms of name recognition, campaign finance, and networks.”

Assuming Menendez Jr. wins in November, he will be among 500 parent-child combinations that have been elected to Congress, according to the Biographical Directory of the United States Congress. However, only a handful have held office simultaneously.

NEW JERSEY RAKES IN $6.9B MORE IN TAX REVENUE THAN EXPECTED: ‘UNPRECEDENTED’

Most recently, Rep. Ron Paul (R-TX) and his son Sen. Rand Paul (R-KY), both known for their unique libertarian brand of conservatism, overlapped in office from 2011 to 2013.

In office together over a much longer period were Sen. Barry Goldwater (R-AZ) and Rep. Barry Goldwater, Jr. (R-CA). The senior Goldwater won his Senate seat in 1968 after being out of office for four years, following his unsuccessful 1964 presidential bid as the Republican nominee. The senior Goldwater made his name politically as an arch-conservative during his first Senate stint of 12 years, starting in 1953. Barry Goldwater Jr. won a House special election in 1969 to represent a Los Angeles-area district. Goldwater Jr. was in office through the 1982 election cycle, when he lost a Senate Republican primary bid.

Sen. Barry Goldwater’s ideological opposite, Sen. Edward M. Kennedy (D-MA), was also in office for a long run while his son was in the House. The liberal icon, who was the brother of President John F. Kennedy and attorney general and New York Democratic Sen. Robert Kennedy, was a member of the Senate for nearly 47 years until his death in August 2009. One of Ted Kennedy’s sons, former Rep. Patrick Kennedy, held a House seat in neighboring Rhode Island from 1995 to 2011.

The senior Menendez’s term ends in 2025, meaning the father-son team will be in office together for at least two years.

Building a political dynasty in Congress has been more of a challenge for a prominent Republican political family, the Keans. But they’re trying.

Kean’s primary win sets up a widely anticipated rematch against Rep. Tom Malinowski, considered one of the most vulnerable Democratic incumbents up for reelection this year. The seat is a traditionally Republican stronghold, and the political environment is bad for Democrats amid President Joe Biden’s sinking approval ratings, spiking gas prices, and the worst inflation in 40 years. House Republicans need to net five seats in the 435-member chamber to win back the majority they lost in 2018, and New Jersey’s 7th District is considered a key pickup.

But Kean has not had an easy path getting to the House. The onetime rising star, 53, has run for Congress on and off for more than 20 years.

In 2020, Malinowski, in his first reelection bid, beat Kean Jr. by 1.2 percentage points. Kean was the GOP Senate nominee in 2006, a poor Republican year. Kean lost to the elder Menendez, 53.3% to 44.3%. And Kean first ran for Congress in 2000, when he lost a Republican House primary bid to eventual Rep. Mike Ferguson.

And his son is leaning on the family name in running for the House.

When Kean Jr. announced his plans to run, he did so by claiming, “I’m a Tom Kean Republican.”

He meant being a centrist Republican in the New Jersey political tradition, rather than a populist-nationalist acolyte of former President Donald Trump.

Kean Jr. managed to outraise all of his primary opponents, bringing in $2.2 million, with $1.2 million on hand as of May 18.