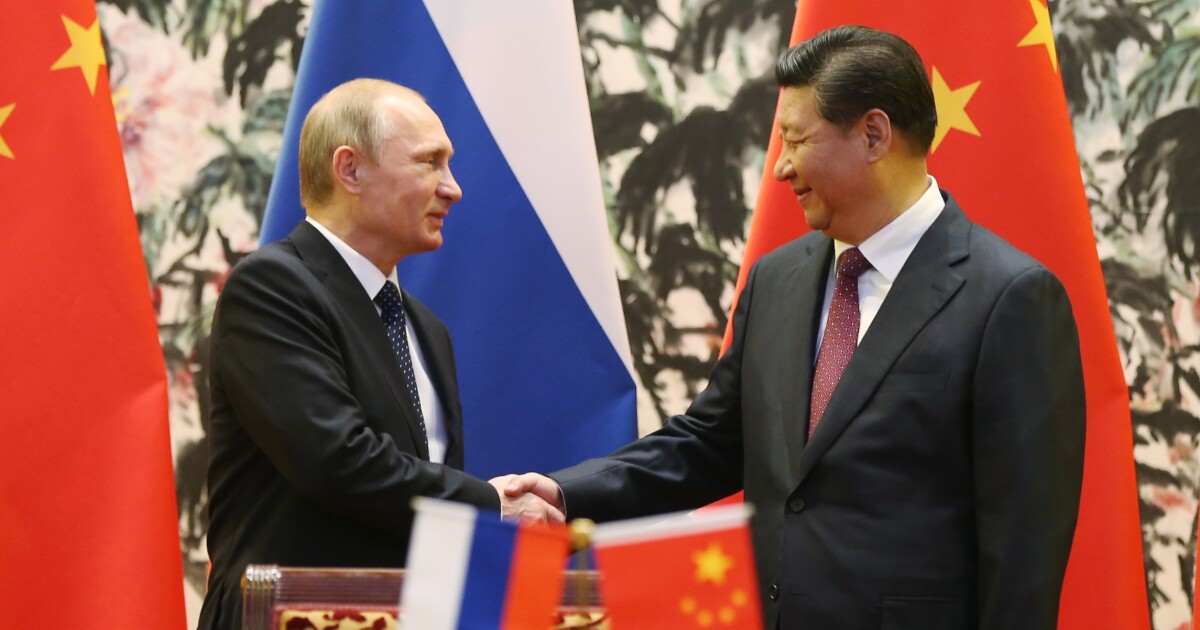 Chinese President Xi Jinping and Russian President Vladimir Putin, a pariah on the international stage following his orders to invade Ukraine, promoted their countries' close ties following a meeting between the two leaders.

Chinese President Xi Jinping and Russian President Vladimir Putin, a pariah on the international stage following his orders to invade Ukraine, promoted their countries’ close ties following a meeting between the two leaders.

The two leaders spoke over the phone Wednesday, their first such conversation since the days after Russia invaded Ukraine on Feb. 24, and the government readouts show the strength of their commitment to one another.

Xi also said his country is “willing to, together with Russia, continue to support each other on issues concerning core interests and major concerns such as sovereignty and security, intensify strategic coordination between the two countries, and strengthen communication and coordination in major international and regional organizations.”

The apparent willingness to support each others’ claims on “sovereignty and security” could raise red flags for Western allies as both countries’ heads of state have made territorial claims about smaller neighboring territories, specifically Ukraine for Russia and Taiwan for China.

“The Russian side supports the global security initiative proposed by the Chinese side, and opposes any forces to interfere in China’s internal affairs under the pretext of the so-called Xinjiang, Hong Kong, Taiwan, and other issues,” the readout also read. The two nations should “promote emerging market countries and developing countries should unite and cooperate to promote the development of the international order and global governance in a more just and reasonable direction.”

The friendly tone of the readout demonstrates the strength of the alliance between the two anti-Western leaders who are going up against a more unified NATO and the Western world, which fortified itself following Russia’s invasion of Ukraine, a topic they discussed as well.

“The two heads of state exchanged views on the Ukraine issue,” the readout continued. “Xi Jinping emphasized that China has always proceeded from the historical latitude and right and wrong of the Ukraine issue, made judgments independently, actively promoted world peace, and promoted the stability of the global economic order. All parties should push for a proper settlement of the Ukraine crisis in a responsible manner. China is willing to continue to play its due role in this regard.”

Last week, the two countries opened a bridge connecting Heihe, a border city in northeast China, to the Russian city of Blagoveshchensk, and the readout indicated that it “has been opened to traffic, opening up a new channel for connectivity between the two countries.”

These two countries released a communique prior to the war that outlined a wide range of plans for economic and diplomatic cooperation, while Russia has since become an international pariah. While the Chinese government has claimed to promote “peace” between Russia and Ukraine, the country has simultaneously been amplifying Russian disinformation and claims of justification.