Europe is gambling that the war in Ukraine will end quickly, but Putin believes he can put enough stress on Europe to make it more amenable to his demands.

Putin Plots to Win Game of Chicken with EU over Oil and Gas Sanctions – American Thinker<!—->

The EU’s decision to impose a sixth sanction package on Russia calling to ban 90 percent of Russian crude oil imports by the end of 1922 reflects a questionable wager. The EU has decided to bet that the economic pain inflicted upon Russia by cutting off Putin’s lucrative oil exports to the EU will deny Putin the revenue he needs to continue the Russian invasion of Ukraine.

What the available evidence demonstrates, however, is that Putin has found ample alternative markets for Russian oil and gas in Asia. In particular, both India and China are not infected with “green new deal ideology” demonizing hydrocarbon fuels. Realizing the cost-efficiency of coal, oil, and natural gas, India and China represent a large and growing export opportunity for Russian hydrocarbon fuels. At the same time, Putin has quietly placed the ruble back on the gold standard, positioning the ruble to rise to the top against the diminished purchasing power of the overprinted dollar and euro fiat currencies.

The United States, the United Kingdom, and the EU stood by and watched as China took over Hong Kong, clearly violating previous international agreements China made to respect Hong Kong’s sovereignty. Putin has correctly calculated that the U.S. and the EU will not respond with direct military action as Putin takes military control of Ukraine step by step. The U.S. and EU sanctions against Russian hydrocarbons appear to be backfiring by propelling the West into another round of crippling stagflation not seen since Jimmy Carter’s failed presidency in 1979.

Putin appears to understand that, without ample supplies of relatively inexpensive Russian oil and gas, the EU nations are committing economic suicide. Despite the EU’s and the Biden administration’s ideological preference for green energy, wind and solar power are insufficiently powerful to sustain or stimulate economic growth while cooling their populations in the summer and warming them in the winter. Truthfully, the major impact of the EU’s sixth sanction package will be to create hyperinflation and stagnant economic growth in the West, with politicians currently in power risking their political futures in upcoming national elections.

The EU and Russia are playing “a game of chicken,” said James Nixey, who directs the Russia and Eurasia program at London’s Chatham House think tank. “It is hard to sway who will swerve/blink first. The Russians for fear of running out of money. Or Europe for fear of the lights going out.”

In a game of chicken with the EU, Putin is the likely winner. The KGB-trained Putin has nerves of steel and is a ruthless political operative willing to use violence to destroy his domestic and foreign opponents. He has gained the economic and military edge over a weak and divided EU that can no longer rely upon the Biden administration to assume the role the U.S. has played since the end of World War II; namely, as the traditionally reliable military strong-arm of NATO.

Certainly, the facts on the ground show that Putin is in control of the situation as the various European countries face drastic shortages.

In March, the EU developed a strategy to cut reliance on Russian natural gas by two-thirds, but since then, the EU has struggled to get agreement on specific measures, lacking the resolve to impose an outright ban on natural gas similar to the sixth sanction’s promise of banning Russian crude oil imports by end-2020. Realistically the EU has admitted it cannot wholly break energy dependence on Russia before 2027.

Russia delivers some 70 to 85 percent of the crude oil exports to the EU using tankers and ports. By contrast, almost all of Russia’s natural gas is delivered to the EU via pipeline. But anticipating the EU’s ban on crude oil, Russia has dramatically altered the nature of its global oil flows since invading Ukraine. The amount of Russian oil on the water has more than doubled since the beginning of 2022, with an increasing percentage of Russia’s oil now flowing to Asia, but at a substantial discount. 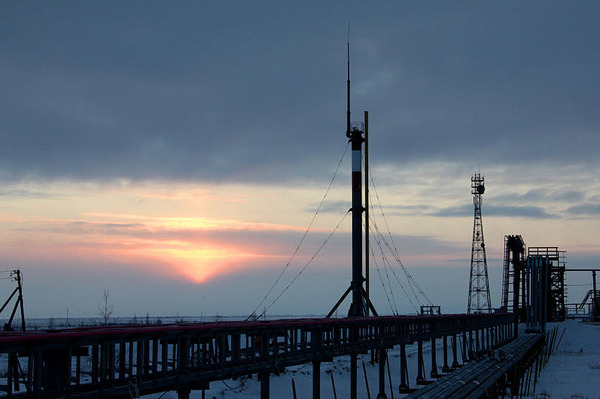 India has placed orders for at least 40 million barrels of Russian oil since the invasion of Ukraine on February 24, 2022, and China has seen seaborne Russian oil imports jump to a near-record 1.1 million barrels per day (bpd) in May, up from 750,000 bpd in the first quarter 2022 and 800,000 bpd in 2021. As of May 31, the day after the EU announced its sixth sanction package, the price of Brent crude oil futures traded at over $124/barrel in early morning EST trading. That same day, the discount of Russian Urals oil to Brent oil stood at $34.35/barrel, a much thinner margin that yet remained profitable to Russia.

On March 31, 2022, Putin announced that nations labeled “unfriendly” to Russia would be forced to pay for gas purchases in rubles through a special account with a Russian bank held by Gazprombank, the bank of Russia’s huge state-run energy company Gazprom. This followed the fact that, on March 1, 2022, after the United States and the EU began placing sanctions on Russia over the invasion of Ukraine, the ruble fell 30 percent against the dollar, making it worth less than 1 U.S. cent.

“What the Russians did was genius, I hate to say it,” Jack Bouroudjian, a former president of Commerce Bank in Chicago, who is currently the chairman of Global Smart Commodity Group, told Forbes. “It forces people to go to the Russian central bank and pay gold to get rubles to make the [oil and natural gas] transactions.” On May 26, 2022, the Wall Street Journal reported that the ruble has risen 16 percent against the dollar in 2022 and is up nearly 150 percent since it hit bottom immediately after Russia invaded Ukraine at the end of February.

On March 3, 2022, the Paris-based International Energy Agency issued a 10-point plan to the EU, suggesting the way to reduce reliance on Russian oil and gas by one-third was to implement the EU’s version of the Green new deal. But by May 1, 2022, the IEA had already begun to reconsider the likelihood its 10-point plan would work. Fatih Birol, the Executive Director of the IEA, told Germany’s Der Spiegel in an interview that the world faces “a much bigger” than occurred in the 1970s. “Back then it was just about oil,” Birol said. “Now we have an oil crisis, a gas crisis, and an electricity crisis simultaneously.” Birol warned that Europe could face shortages of electricity, gasoline, and jet fuel this summer.

On May 31, 2022, Great Britain’s Telegraph reported that Europe has “lurched closer to an energy crisis” since the Kremlin cut off gas supplies to major European buyers. Worse, Russia’s response to the EU’s announcement of the sixth sanction package was to stop sending natural gas to GasTerra, a Dutch trader, and to Oersted, a Danish company, as well as stopping shipments to Shell Energy Europe bound for Germany because all three refused to pay Russia in rubles.

Previously, Gazprom had cut the flow of natural gas to Bulgaria, Poland, and Finland for the same reason, Earlier, on April 28, 2022, the Telegraph reported that Europe’s “new era” of unity was unraveling as EU countries decided whether to yield to Russia’s demand to be paid in rubles or lose the oil and natural gas the EU has come to depend on having in ample, affordable quantities.

Since 2004, Jerome R. Corsi has published 25 books on economics, history, and politics, including two #1 New York Times bestsellers. In 1972, he received his Ph.D. from the Department of Government at Harvard University. He currently resides in New Jersey with his family. His next book, entitled The Truth About Energy, Global Warming, and Climate Change: Exposing Climate Lies in an Age of Disinformation, will be published on June 28, 2022.