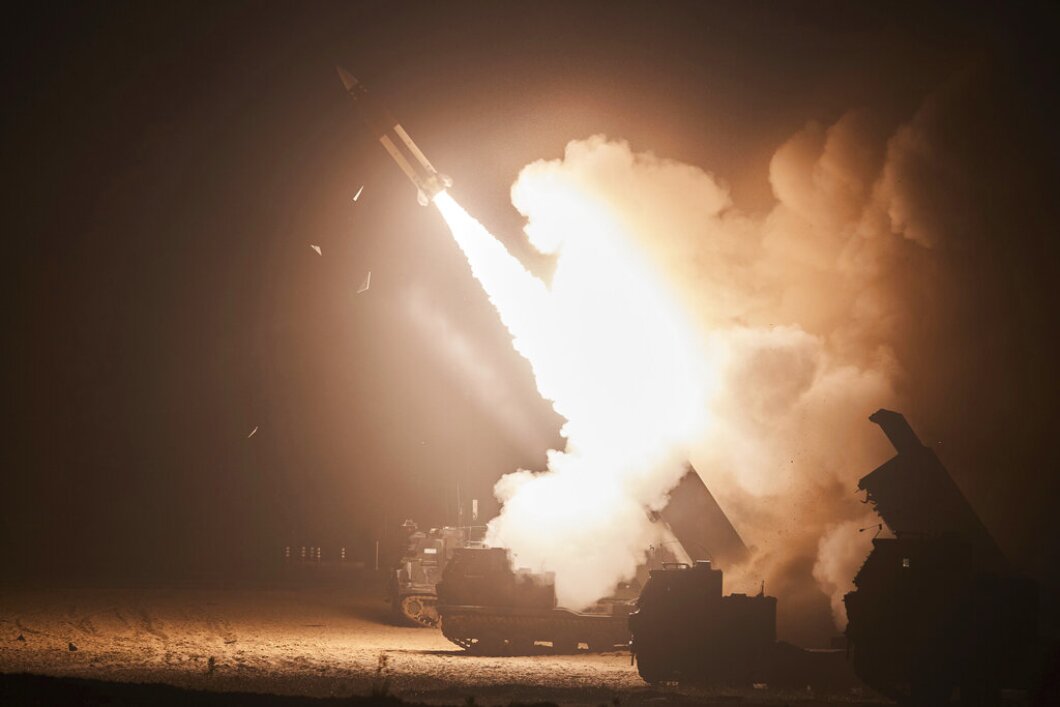 The United States and South Korea fired eight ballistic missiles into the sea in a show of force a day after North Korea launched the same number of short-range missiles, the North's 18th launch test of the year.

The United States and South Korea fired eight ballistic missiles into the sea in a show of force a day after North Korea launched the same number of short-range missiles, the North’s 18th launch test of the year.

The live-fire exercise involved one American and seven South Korean ballistic missiles that were fired into the East Sea off the northeastern coast of South Korea, according to U.S. Forces Korea and South Korea’s Joint Chiefs of Staff. Republic of Korea Army and the U.S. Army 2nd Infantry Division soldiers fired off the eight missiles over the course of 10 minutes one day after North Korea launched eight of their own missiles over a span of 35 minutes in what may be the country’s single-day record for ballistic launches.

“The ROK-U.S. Alliance remains committed to peace and prosperity on the Korean Peninsula and throughout the Indo-Pacific. The U.S. commitment to the defense of the ROK remains ironclad,” the statement concluded.

South Korea’s Joint Chiefs of Staff issued a similar statement but added a condemnation of the North’s recent “provocations.”

“The South Korea-U.S. combined firing of the ground-to-ground missiles demonstrated the capability and posture to launch immediate precision strikes on the origins of provocations and their command and support forces,” South Korea’s Joint Chiefs of Staff said in a press release.

“Our military strongly condemns the North’s series of ballistic missile provocations and seriously urges it to immediately stop acts that raise military tensions on the peninsula and add to security concerns,” it added.

In response to a May 24 ballistic missile test conducted by North Korea on the same day President Joe Biden departed the region after a five-day Asia trip, the U.S. and South Korea conducted a joint military exercise on May 25 that included the firing of a Korean ballistic missile.

U.S. and South Korean officials believe North Korean dictator Kim Jong Un is preparing to conduct the country’s first nuclear weapons test since September 2017. The Hermit Nation has conducted 18 rounds of missile tests in 2022, including intercontinental ballistic missile launches. The country reportedly tested a “nuclear detonation device” in May. A full-blown nuclear weapons test would be the seventh in North Korea’s history.

China and Russia vetoed a recent U.N. resolution to impose new sanctions on North Korea for its missile tests. U.S. Ambassador to the U.N. Linda Thomas-Greenfield has said the U.S. “absolutely will” seek new sanctions should North Korea conduct a nuclear test.