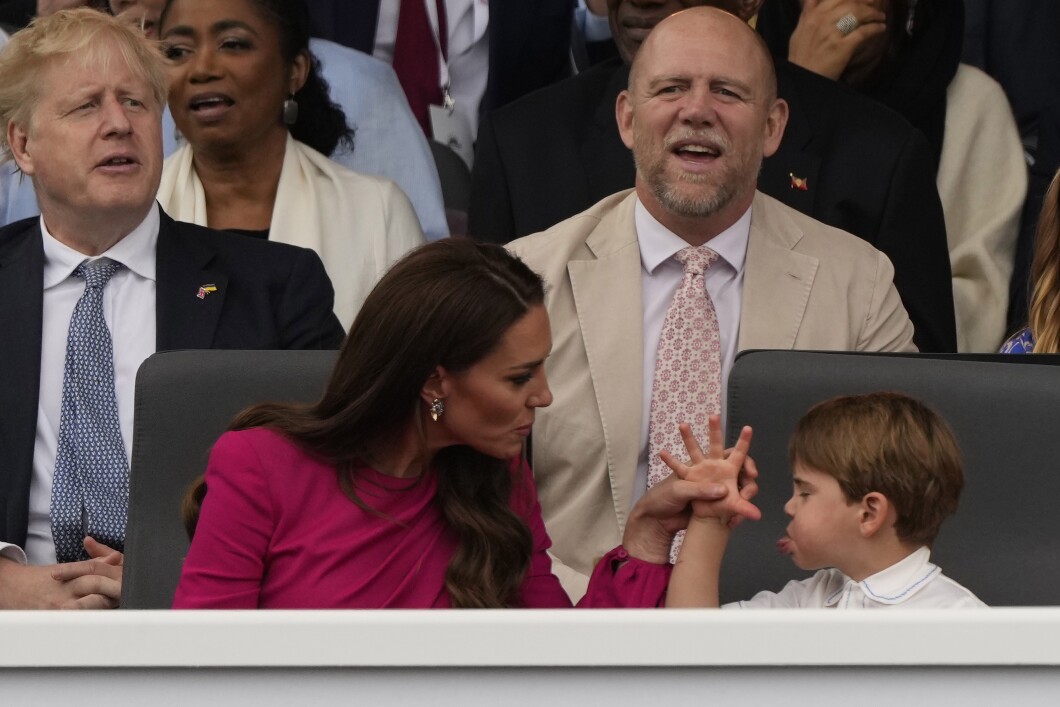 Former rugby star Mike Tindall, who is married to one of Queen Elizabeth II's granddaughters, said the children in the royal family had a "sugar high" during the monarch's Platinum Jubilee last weekend.

Former rugby star Mike Tindall, who is married to one of Queen Elizabeth II’s granddaughters, said the children in the royal family had a “sugar high” during the monarch’s Platinum Jubilee last weekend.

The insider account comes after videos of Prince Louis bouncing in his seat went viral, showing how the youngest son of Prince William and Kate Middleton, the Duchess of Cambridge, was getting restless during the jubilee’s finale Sunday.

“It’s tough for them. They’re all young. It’s a long time,” Tindall said on the podcast The Good, The Bad & The Rugby. “But as any parents know, you just do whatever needs to be done. Louis, he was just wanting to have fun. And my two [daughters] are always mischievous, so it’s trying to keep a lid on. There were a lot of sweets out back though, so there was a real sugar high.”

Images of the restless 4-year-old royal making faces at the duchess during the pageant became a talking point of the festivities among royal fans and commentators. Louis also cuddled up to his mother and sat on the laps of William and grandfather Prince Charles.

Tindall’s middle daughter, 3-year-old Lena, also attracted attention when she shared her snacks with William and Kate’s other two children, Prince George, 8, and Princess Charlotte, 7. Tindall married the queen’s granddaughter Zara in 2011 and has three children: Mia is the oldest at 8, Lena is the middle, and Lucas is 1.

William said last year that spending time with the entire royal family is special because they are divided most of the time.

“For me, generally, bringing the family together at Christmastime is always lovely because we’re quite spread out doing our things a lot of time throughout the year. We get very few moments to actually come together,” William said, according to People Magazine. “When I see my children meet up with my cousin’s children, and they all have a wonderful time playing together, it’s very special. I look forward to that a lot.”

Tindall attracted attention of his own over the weekend when images of him wearing his wife’s hats went viral on Instagram.

“Who knew that wearing your missus’s hats would actually be a thing?” Tindall said.