In Pennsylvania, the “No Questions” mail-in balloting returns have the potential to blunt a favorable GOP trend with a deluge of Democrat ginned up mail-ins.

Salena’s Zito’s latest analysis for the Washington Examiner (“The conservative populist coalition has grown in Pennsylvania.  What that means going forward is important”) correctly describes the trend that has been ongoing in the Keystone State for the past decade. What it misses, though — and it’s a big miss — is that Democrats are at it again in the commonwealth’s 2022 midterms elections.  They’re tilting the playing field in their favor.

This autumn, the “No Questions” mail-in balloting returns have the potential to blunt a favorable GOP trend with a deluge of Democrat ginned up mail-ins, which will impact critical statewide contests and competitive congressional and state legislative races.

Why should American Thinker readers elsewhere care about what happens in Pennsylvania?  Because Republicans aim to capture a majority in the U.S. House and Senate.

The GOP is very likely to pick up enough seats across the country to win the House.  But gaining a majority in the Senate may hinge on the Mehmet Oz or Dave McCormick-John Fetterman matchup in the autumn.  Ironically, the outcome of the razor thin Oz-McCormick fight is bogged down in ballot errors and counting an undetermined number of mail-ins.  Per Amac, “it is a mess.”

Thanks to a ruling by the commonwealth’s Democrat-controlled Supreme Court, wide open mail-in balloting was restored.  The Court claims there’ll be further review toward a final decision, but who wants to bet that the 5-2 Democrat majority upholds the current law?

From the Associated Press, via NBC 10 Philadelphia, March 2:

Pennsylvania’s mail-in voting law will remain in place, at least for the near future, despite a state judge’s order that would have made it expire in two weeks, the state Supreme Court ruled Tuesday.

The justices issued a one-paragraph order that overturned a Feb. 16 decision by Commonwealth Court Senior Judge Mary Hannah Leavitt that would have pulled the plug on the state’s two-year-old voting law.

Judge Leavitt’s ruling was common sense: No Questions mail-in balloting represents a change to Pennsylvania’s constitution.  The process of amending the constitution is violated by the current law.

Mail-in balloting is most vulnerable to fraud, as was learned not just in Pennsylvania but across the country in 2020.  Chain-of-custody is a principal concern.  With avalanches of mail-ins, good luck making verifications.  Most states lack the resources to enforce proper verification at such a scale.  Local election offices can be quite partisan.  Moreover, since Pennsylvania Democrats generated the lion’s share of mail-ins in 2020, how likely are Democrat governor Tom Wolf and acting secretary of state Leigh M. Chapman to pursue scrupulous balloting this autumn?

“This push for mail-in voting has been going on with the Democrats for at least a decade. One of the first places they imposed it was in California, and they’ve tried to do this in every state,” he continued. “So the Republican state legislature in Pennsylvania buckled. They passed it as I said in an omnibus bill, and the Democrat governor, who is a leftist, signed it almost immediately. 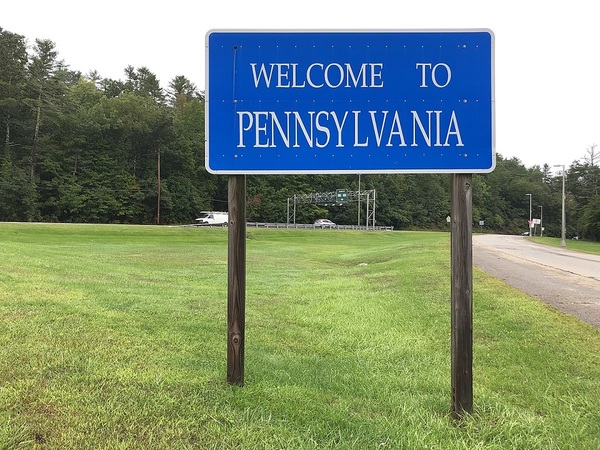 “For the past several decades, there have literally been dozens of organizations formed on the left to engage in voter registration.  But more importantly, to, for example, file lawsuits against states to get rid of every safety and security protocol put on.”

Mark Zuckerberg dispersed $419 million in grants to nonprofits that merged with local elections offices, mostly in Democrat jurisdictions, helping to maximize Democrat turnout.  Mollie Hemingway’s excellent book, Rigged: How the Media, Big Tech, and the Democrats Seized Our Elections, exposes in detail how this cabal laid the groundwork for the greatest presidential heist in the nation’s history.  Time crowed about it.

Ballot harvesting is illegal in Pennsylvania, but it occurred in 2020 through The Amistad Project.

Zito fails to address the offset of possible mail-in ballot chicanery by Democrats on voters swinging toward the GOP in this year’s Keystone State elections.

Zito does characterize GOP gubernatorial nominee Doug Mastriano as “…well outside the right wing of the party and has demonstrated more interest in conspiracies than building a coalition to win or allowing the press to cover his campaign.”  [Italics added]

As a state senator, Mastriano led investigations into ballot fraud in the 2020 Pennsylvania presidential contest.  He won the gubernatorial nomination by better than a 2-1 margin.

As to a Trump presidential run in 2024, Zito writes:

The more compelling issue about Trump is that his voters will still tell you they loved his policies and the America First agenda, but his comportment since losing in 2020 has finally turned them off.

While nuance is dead in American reporting, the truth is a Trump voter can often believe he was a great president and still be ready to move on; both of those sentiments are fairly common.

Perhaps that’s what Trump-leaning Pennsylvanians are telling Zito now.  But Trump’s comportment since the 2020 elections has been admirably restrained.  His willingness to call out 2020 election fraud — backed by growing evidence and analysis — isn’t just reasonable but necessary.  Truth and democracy die in the darkness, no?

As to what the 2024 presidential contests hold in store, no one knows.  Speculation is a game.  Trump is the odds-on favorite for the Republican presidential nomination if he wants it and if his health permits, which Trump has openly admitted.  The GOP is an America First party now.  Trump is its vital center.

Moreover, if the state of the nation is as poor in 2024 as it is now — or the country is in worse shape — Trump may be regarded as the only man capable of fixing the mess that Biden’s handlers and Democrats have caused.  A good bet is that the mess worsens.

The takeaway is that while voter trends favor Pennsylvanian Republican candidates this autumn, no questions mail-in balloting remains a wild card.  A GOP advantage: Disgust with Democrats will make for robust voter participation.  If Pennsylvania independents swing strongly for Republicans, that may offset any mail-in ballot rigging favorable to Democrats.

Also, Democrat high-dollar donors may be skittish about writing checks for dark money operations this go-round.  They may prefer keeping their powder dry for the 2024 presidential.  Plus, they may not welcome increased scrutiny in 2022, which will surely occur during and post elections.

A final word about Salena Zito.  Though I clearly find her analysis here lacking, I’ve always admired her reporting.  Zito is a throwback, a shoe-leather reporter who cares about what common folk think.  Recall the great Ernie Pyle, who not only reported from the dogface’s perspective in WWII, but logged thousands of miles crisscrossing America during the Depression Era reporting on what common folk thought.  Zito is to be commended for reviving that important aspect of journalism and doing it well.