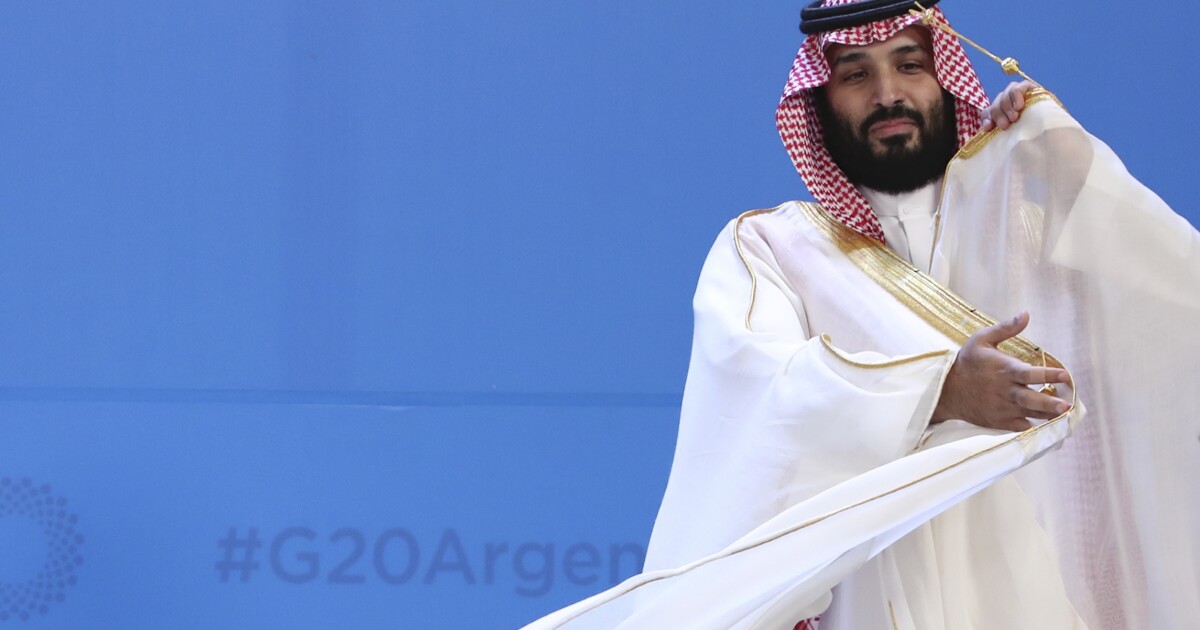 The prospect of a meeting between President Joe Biden and Saudi Arabia's de facto leader, Crown Prince Mohammed bin Salman, suggests the president is willing to move past his campaign rhetoric in an attempt to curtail runaway prices at the pump and advance his foreign policy goals.

The prospect of a meeting between President Joe Biden and Saudi Arabia‘s de facto leader, Crown Prince Mohammed bin Salman, suggests the president is willing to move past his campaign rhetoric in an attempt to curtail runaway prices at the pump and advance his foreign policy goals.

It would mark a turn for Biden after refusing to engage the crown prince directly and promising on the campaign trail to take a harder line against the “pariah” kingdom.

But with gas prices surging toward $5 a gallon, inflation rising, and attempts to wean Europe off Russian oil meeting resistance, the administration’s strategic calculus appears to have shifted in Saudi Arabia’s favor.

“They think they have Biden over a barrel,” said Greg Priddy, an independent consultant on global geopolitical risk.

After months of running up against Saudi resistance on oil production, reports said a meeting between Biden and the crown prince could come as early as June.

In the past, Saudi Arabia and other Gulf producers have stepped up and helped to balance the market, Priddy said. “That has been true when they agreed with U.S. policies [and] when they were not onboard.”

That hasn’t happened under Biden, who is facing the lowest approval ratings of his presidency, 39%, according to a recent poll from the Associated Press-NORC Center for Public Research.

The barrel price has continued to rise, adding to inflationary pressures that are hurting the president politically. The high cost of oil has also hampered Biden’s efforts to cut off Russia economically amid concerns that an embargo could surge prices further.

The president’s advisers are worried. Chief of staff Ron Klain and others in the White House “have repeatedly emphasized” how Biden is suffering politically from high gas prices, CNN reported.

A major energy producer, Saudi Arabia has resisted U.S. entreaties to pump more oil, saying it intends to keep to a previously agreed production schedule. However, reports suggest some leeway, with Saudi Arabia eyeing security and political concessions from the Biden administration, including recognition for the crown prince.

While Biden declined to punish Crown Prince Mohammed after U.S. intelligence determined him responsible for the 2018 death of journalist Jamal Khashoggi, he has refrained from engaging the crown prince directly, instead liaising with King Salman, the de facto ruler’s ailing father.

But the resolve to keep the crown prince out in the cold appears to be waning as top Biden administration and Saudi officials move apace to repair the frayed ties.

“Reconciliation, kiss, and make up — whatever you want to call it, it’s coming,” said Aaron David Miller, a senior fellow at the Carnegie Endowment for International Peace and State Department veteran, amid the prospect that the crown prince could rule Saudi Arabia for 50 years or more.

Ukraine has added a measure of urgency, Miller added, and the Saudis remain an important part of the administration’s political pressure on Iran.

Biden may find it hard politically to put aside his criticism of Saudi Arabia, which could leave him open to the charge that he is compromising on values that he has publicly championed, such as democracy and human rights.

“You’ve got to get something for ﻿it because the president is going to be exposed … cozying up to a guy who is proven to be ruthless and reckless,” said Miller.

The White House isn’t saying whether plans are underway for a Biden-MBS tete-a-tete, with a national security council spokesperson stating that they have no travel to announce.

Tensions between Riyadh and Washington have flared in recent months as the Biden administration endeavors to return to the Iran nuclear deal and end the war in Yemen while looking to orient its strategic focus toward China.

Those issues and more could form the basis for negotiations, but what commitments could emerge is unclear.

Dan Shapiro, a State Department envoy during the Biden administration and a former U.S. ambassador to Israel, wrote that a visit could “occasion a step forward on [Saudi] normalization with Israel” or lead to smaller moves that help facilitate regional cooperation among U.S.-aligned countries.

Priddy said he did not think the administration would offer guarantees that would force the U.S to escalate a small incident into a major military response. “I cannot imagine them becoming treaty allies — nor should they be,” he said.

Any understanding that emerges from a visit by Biden is likely to reflect the fundamental security-for-energy dynamic underpinning the U.S.-Saudi relationship.

“The basic quid pro quo that has driven the U.S.-Saudi relationship is that we need their oil if we are going to entrust their security,” Miller said.

And Saudi Arabia has bent to Washington’s will on oil production before. In 2020, former President Donald Trump told the crown prince that unless the OPEC oil cartel began to cut production, he would not be able to stop Congress from withdrawing U.S. military support to the kingdom.

Miller and Priddy were skeptical that Saudi Arabia would move to lower oil prices markedly, a windfall for its economy, despite the prize of a meeting bringing the crown prince into the fold.

Saudi Arabia’s interest in a security guarantee from the United States, which could extend far beyond the length of the current crisis, and its push for Washington to support the war in Yemen, among other demands, make this unlikely.