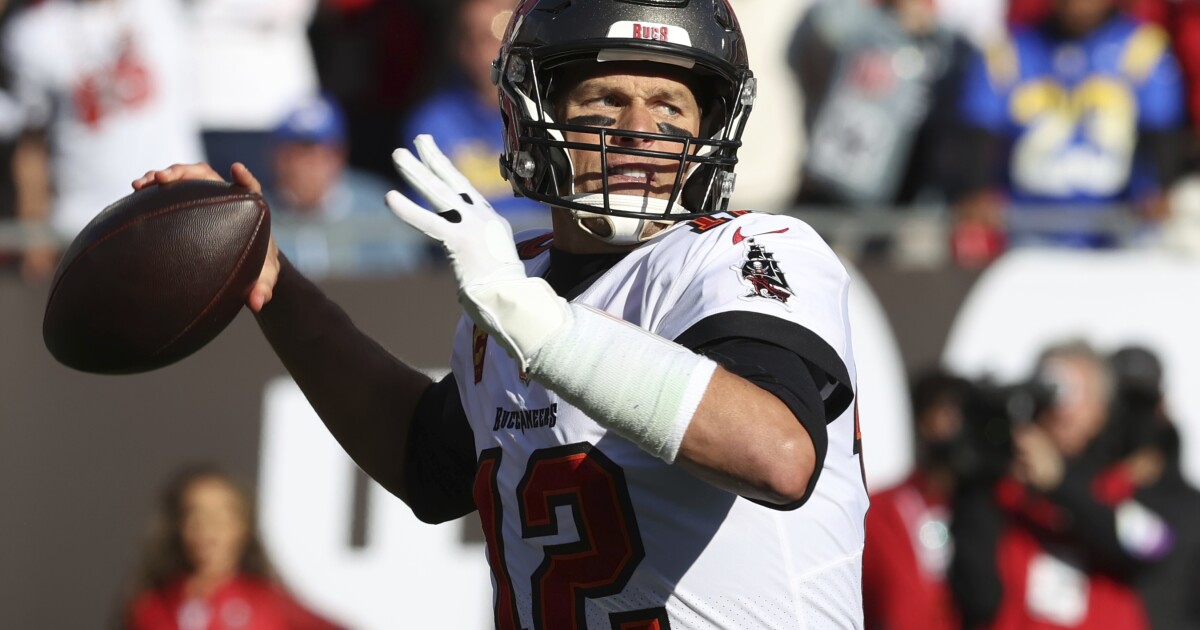 Tampa Bay Buccaneers quarterback Tom Brady went all out for charity Wednesday, dying his hair his team's colors in support of the National Pediatric Cancer Foundation.

Tampa Bay Buccaneers quarterback Tom Brady went all out for charity Wednesday, dying his hair his team‘s colors in support of the National Pediatric Cancer Foundation.

The seven-time Super Bowl champion made the switch as part of the “Cut and Color for a Cure” event, according to viral footage of the moment posted to social media.

In the footage, a group of young fans can be seen spraying what appears to be red and orange colors into the “GOAT’s” hair.

At least 50 members of the Buccaneers organization chose to have their hair either dyed or shaved by pediatric cancer survivors and patients.

“It starts with the Glazer family [and] their support and our entire organization — from the business side to the football side. Jason Licht, coach [Todd] Bowles — this is a unified collective effort to help try to bring awareness. It’s our eighth year doing it and we’ve raised over a half-million dollars, but more importantly, we’ve put a lot of smiles on some faces,” Buccaneers COO Brian Ford said.

“We’ve helped some families and some kids forget about the battle that they’re in, and that’s what it’s all about. We’re ready and unified to continue a legacy to bring awareness and fun.”

This was the eighth year the Buccaneers participated in the campaign.

“I think every employee gives one way or another. And then today, you saw the phenomenal support from players and the head coach, general manager, [and] chief operating officer,” Frazer said.

“When a team like the Buccaneers says, ‘We’re going to provide some hope and inspiration,’ and they do that with players and staff, [the] families show up [and] just that moment in life where these kids can have that hope to move on to the next day and defeat their disease is very powerful.”