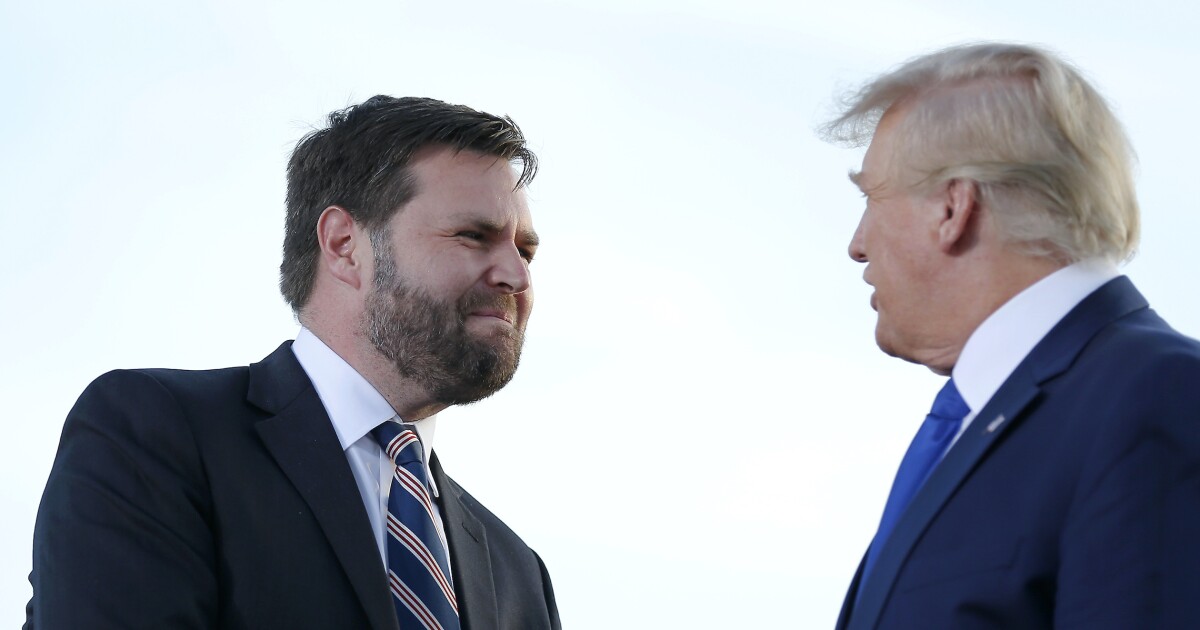 Voters head to the polls Tuesday in races across Indiana and Ohio that will offer some of the first signs of how the midterm elections will play out.

Voters head to the polls Tuesday in races across Indiana and Ohio that will offer some of the first signs of how the midterm elections will play out.

Although a number of other primaries will take place in the weeks ahead, including a highly anticipated Pennsylvania Senate primary and a key Georgia gubernatorial primary, the races this week will decide who will compete in the general election for races that could determine who controls Congress after November.

Here’s what to look for as the polls close Tuesday night.

Ohio’s Republican Senate primary will provide the clearest test yet of former President Donald Trump’s influence in electoral politics now that he’s out of power.

Trump withheld his endorsement in the race for months, as nearly all of the seven GOP candidates vying for the chance to compete for retiring GOP Sen. Rob Portman’s seat spent their time and money trying to paint themselves as the most worthy of Trump’s support.

Trump’s advisers had pushed him to wait until a crowded and volatile primary contest produced a more obvious front-runner after he considered wading into the race last year.

The former president endorsed author J.D. Vance in mid-April, less than a month before voters were to their ballots.

Still, Vance has seemingly benefited from the late announcement. In a Trafalgar Group poll conducted at the end of the primary’s final week, Vance led among likely GOP voters, with 26.2% of support.

The next-most-popular candidate, Matt Dolan, did not work to catch Trump’s attention the way his opponents did. Dolan has run an Ohio-specific campaign, reminiscent of the Virginia-specific campaign run last year by Gov. Glenn Youngkin (R-VA), but has seen signs of a late-breaking burst of support.

A handful of Republicans are competing in the primary for Indiana’s 1st Congressional District in an effort to flip a seat that went decisively for Democrats in 2020.

Jennifer-Ruth Green and Blair Milo, both women and military veterans, have raised the most money and emerged as leaders in the primary, according to the Indy Star.

The Cook Political Report has moved the race into the “leans Democrat” category, which means the contest could become contentious despite the landscape still favoring Democrats.

Incumbent Democratic Rep. Frank Mrvan won by more than 50,000 votes in 2020 but could be more vulnerable this year due to the significant hurdles Democrats are facing.

Two liberal candidates will face off in a rematch for Ohio’s 11th Congressional District on Tuesday after Rep. Shontel Brown succeeded in a Democratic primary to claim the safely blue seat in a special election just last year.

Nina Turner, a former surrogate for Sen. Bernie Sanders (I-VT), was unsuccessful in her effort to claim the seat the last time she faced Brown in a primary but is vying once again to defeat the newly elected congresswoman Tuesday.

Brown now has the baggage of being a member of an unpopular Democratic congressional caucus, allowing Turner to run as an outsider against a backdrop of widespread anxiety about how Washington has been handling the country’s problems.

WHO WILL TAKE ON MARCY KAPTUR?

In Ohio’s 9th Congressional District, Democratic Rep. Marcy Kaptur has a difficult task ahead of her this fall: holding on to a seat that the Cook Political Report rates as a toss-up and defending a district in which Republicans are likely to invest significant resources.

The three Republican candidates — Theresa Gavarone, J.R. Majewski, and Craig Riedel — are all competing to emerge as a GOP nominee who could get outsize national attention in his or her role as a top contender to flip a Democratic seat.

Just 18 Democratic races are competitive enough to be listed as Democratic toss-ups heading into November, meaning Kaptur’s seat will be among the most hotly contested this year.

Ohio’s Republican governor faced headwinds within his party for embracing COVID-19 closures and, months later, for acknowledging President Joe Biden’s victory earlier than some other Republicans.

The result was a Trump broadside against Gov. Mike DeWine, encouraging other Republicans to challenge his reelection, and a primary race that has tested the longtime Ohio politician’s popularity.

Former Republican Rep. Jim Renacci has run a primary campaign against DeWine that has focused in large part on painting himself as an outsider to DeWine’s establishment persona.

DeWine is still well positioned to move on to the general election, however.

While polling in the race has been relatively limited, DeWine enjoys an average of 48% versus Rennaci’s average of 31%, according to RealClearPolitics.

WHICH DEMOCRAT IS RUNNING FOR GOVERNOR?

Democrats will decide this week who represents them in the Ohio gubernatorial race.

The contest has shaped up to be a two-man race between a pair of former mayors.

Former Dayton Mayor Nan Whaley is squaring off against former Cincinnati Mayor John Cranley in a race that will determine who will fight what is likely to be an uphill battle to become the next leader of the Buckeye State.

After having trended Republican for the last several election cycles, experts believe Ohio is likely to elect another Republican governor in November — meaning either Whaley or Cranley will struggle in the general election.

What’s more, Whaley and Cranley have carved out few ideological differences between themselves. In agreement on so much, voters may have a tough time picking which candidate they want to compete in the general election.

Much has been written about the enthusiasm gap Democrats are facing this election cycle, with Republican voters signaling to pollsters that they’re more excited about voting in the midterm elections than Democrats.

The races in Ohio and Indiana could be an indication not just of who voters prefer but how enthusiastic they are about the contests coming up in November based on the number of voters who show up in the primaries.

Midterm primaries tend to be lower-turnout affairs overall, with many voters remaining disengaged until the general election.

But comparing turnout levels Tuesday with the turnout levels of midterm primaries in 2018 and 2014 could offer clues as to how the electorate is feeling heading into a potentially historic defeat for Democrats.