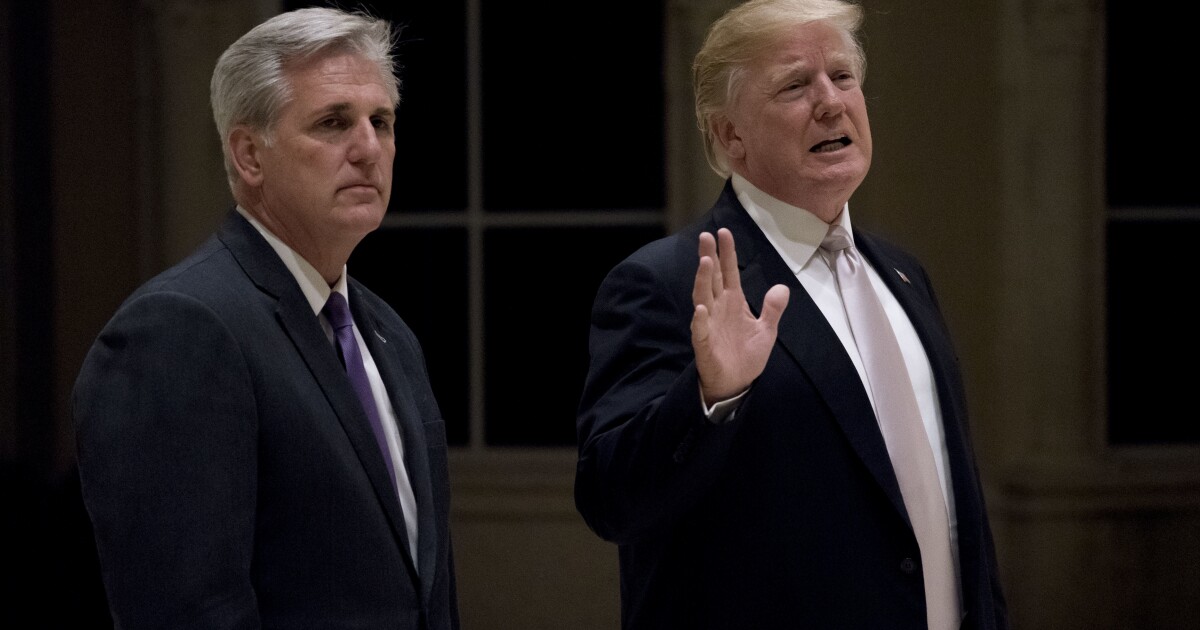 As the panel holds a summer set of hearings, during which members have sought to connect the former president’s efforts to challenge the results of the 2020 election to the Capitol riot, Trump excoriated McCarthy’s decision to withdraw his picks for the committee after House Speaker Nancy Pelosi (D-CA) rejected them last year.

“This committee, it was a bad decision not to have representation on that committee,” Trump said in a recent interview with conservative talk show host Wayne Allyn Root. “That was a very, very foolish decision because they try to pretend like they’re legit, and only when you get into the inner workings [do] you say, ‘What kind of a thing is this?’ Just a one-sided witch hunt.”

The minority leader decried the move as “an egregious abuse of power” and threatened to withdraw all his picks if Pelosi did not back down. But the speaker did not budge, prompting McCarthy to follow through on his threat and leave the committee absent of Trump-supporting members.

Reps. Liz Cheney (WY) and Adam Kinzinger (IL), two Republicans who have been heavily critical of Trump, were added to the panel, giving it a bipartisan edge. They have supported such moves as subpoenas against high-profile Republicans and holding in contempt of Congress Trump allies Steve Bannon and Peter Navarro, who have defied those demands.

During the interview, Trump also clarified that he has not endorsed McCarthy for speaker if Republicans regain control of the House. McCarthy’s bid to become the next speaker has been met with resistance among some of his Republican colleagues, particularly from “MAGA” firebrand Reps. Marjorie Taylor Greene (GA) and Matt Gaetz (FL).

Trump stressed that he only endorsed McCarthy’s reelection in California’s 20th Congressional District just two weeks ago and has not made a pick for speaker.