Trump needs to relentlessly pound away at the root causes of that raw fear now and every day, and what he would do about it on day one of his second term. That's what matters.

Not all erstwhile Trump voters, otherwise steadfast America First MAGA proponents, are thrilled with the prospect of Trump running again.

Beset with Trump fatigue and his preoccupation with how he has been maligned, however merited, they channel the inner John Hooker, “Hey, Mr. Bartender…I don’t want no vanilla, I want somethin’ strong fo’ my money!” privately wondering if Trump would govern better, not just show up for another tedious shopworn rally.  Can Trump actually install a durable full-throated MAGA agenda beyond simply airing grievances?

Moreover, Trump’s tiresome tirades about his re-election having been stolen — while true enough — get in the way of the more important message for 2024: how he will fix in 2024 all of what the Democrats have destroyed since January 2020.  This is not to say election integrity isn’t a big deal, but Trump can’t do anything about it now, and needs to stay focused on what matters right now.

What really matters is crippling runaway inflation, the war on energy, the invasion on the southern border, the anarchy, violence, and dystopia of Dem-run American cities, and the endless catastrophes in foreign policy and national security.

Of course, most Trump-aligned Marys and Joes are annoyed about the stolen 2020 election, but they are terrified by the state of the nation and how it is affecting them and their families — right now.

Trump needs to relentlessly pound away at the root causes of that raw fear now and every day, and what he would do about it on day one of his second term. That’s what matters. Trump’s ego-driven grievances don’t matter to besieged Marys and Joes who are instead begging with a simple appeal: just stop.  Does Donald Trump get it… that it’s not all about him?

This piece a few months ago from American Greatness sets forth the most cogent analysis how Trump captured the ethos of America First MAGA. But it also highlights a most uncomfortable truth about Donald Trump’s first term: either he lost interest in the dirty work of shaping a fundamental transformation, or was simply outplayed by Dem and RINO establishmentarians.

Moreover, the author of the American Greatness analysis is skeptical whether Trump has learned much of anything, let alone would operate any differently in a White House II vs White House I.

Yes, Trump was the only political force willing to expose ruling class elitist malignancies, and be the voice of the maligned deplorables and the forsaken dispossessed.

Yes, Trump owns the copyright for the America First, MAGA movement legacy. That copyright will persist, dominating American politics and governance for several election cycles, and everybody knows it.  The rebound from Biden’s catastrophic presidency will be fulsome Trumpism, denied only by Trump’s delusional adversaries whose globalist scheming is destroying western civilization. 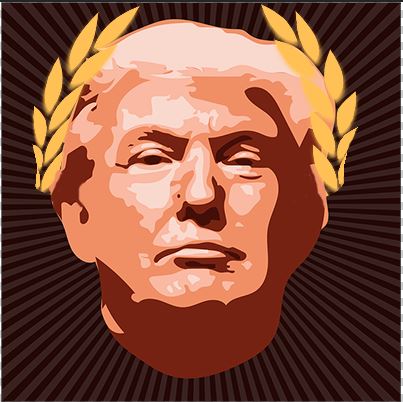 Yet look how rapidly all of those achievements were overturned, nullified, and completely reversed on and soon after January 20, 2021 mostly because Trump failed to construct the sustainable underpinnings in not just complaining about the establishment deep-state, but dismembering it, and replacing it with an America First MAGA culture.

And how easy it was for Dem operatives to blame him for all things CCP Covid, tap into Trump personality polarity, and coalesce an anti-Trump wave, which for the left is still as potent as the anti-Hillary disdain from the right.

Nonetheless, Mark Ellis of PJ Media makes a compelling case for Trump having the right of first refusal in 2024.

“And for history, mythos, and justice to be reconciled, Donald Trump has first rights to hold them accountable.

“Trump’s ascendance is already enshrined as one of the most singular developments in political history. The narrative cries out for a fitting resolution, a fair fight this time, with the Biden administration’s rotten performance cast front and center, the superiority of Trump’s policies as plain as daylight, and mechanisms in place to at the very least attempt to count the votes with impartial oversight and accuracy.”

“…there’s a much-too-compelling storyline surrounding the former president and a deep-seated sense of the need for political justice.”

But political justice only begins at the ballot box.

While Trump has earned the right of first refusal giving him the right of first look, he should not have an unchallenged right of return unless he can persuade us that he learned something from his first time around and will behave differently next time.

When will Donald Trump account for his colossal missteps and acts of omission during his first term? To wit, in case you weren’t paying attention:

Donald Trump is already the most influential all-purpose provocateur, and kingmaker in over 100 years of American politics. He can anoint MAGA candidates who can win (notwithstanding his puzzling endorsement of “Dr Oz”, and losing needless quarrels with Georgia Gov Brian Kemp seeking re-election, while Trump bizarrely says he doesn’t care if Stacey Abrams wins.)

Trump can take full credit for the coming MAGA red wave in 2022 and then steer his base to unconditionally support and get out to vote in electing a worthy successor — namely Florida governor Ron DeSantis — as the 47th president, a far better practitioner of Trumpism in office than Trump himself.

Trump could then be liberated from his hopeful yet mostly frustrating and incontinent presidential tenure that regrettably too often lacked follow through;  unable to move beyond winning the prize of getting elected; preoccupied with endless heliocentric self-aggrandizement; and beset by inexplicably rudderless meanderings while repeatedly making horrendous personnel decisions.

Trump’s recent endorsement of “Dr Oz”, and dropping electoral hand grenades in Georgia politics, beginning with his political adolescence in discouraging MAGA voters to show up in the special US Senate election — revealing once again his infatuation with celebrity and interminable grudges — are not reassuring that Trump has learned anything.

Does Donald Trump have the will and temperament to undertake an honest self-appraisal in order to endorse “somethin’stronger fo’my money”?

I doubt it.  Be prepared for another bad ending.