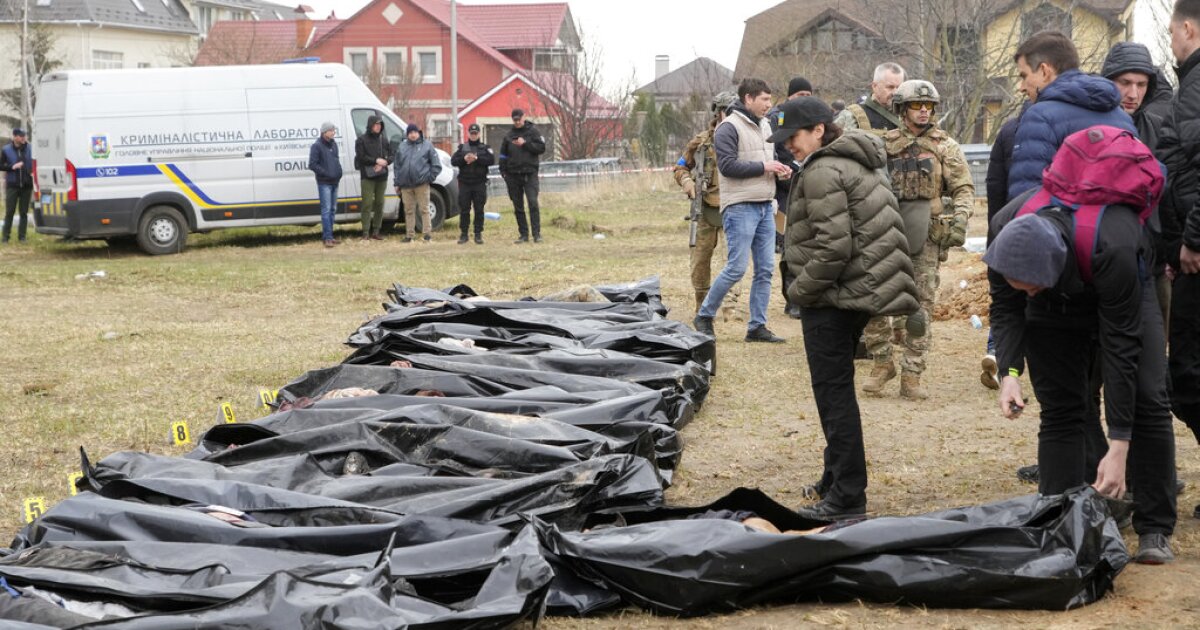 The Ukrainian prosecutor general declared the first guilty verdict given to a Russian soldier was "the start of a common process."

The Ukrainian prosecutor general declared the first guilty verdict given to a Russian soldier was “the start of a common process.”

Iryna Venediktova’s office is currently investigating more than 13,000 cases of alleged war crimes, and during a Washington Post live event on Monday, she said, “Every day we have extra 100, 200, 300 cases.”

Her office has more than 50 suspects accused of committing war crimes and has lined up another 600+ suspects in the planning and initiation of large-scale acts of aggression using a state military force.

A court in Ukraine sentenced Vadim Shishimarin, 21, to life in prison on Monday for the killing of an unarmed 62-year-old Ukrainian man in a village in the Sumy region of northeastern Ukraine. He pleaded guilty last week to charges brought under Ukraine’s violation of the laws and customs of war statute.

Shishimarin, reportedly a sergeant and commander of Russia’s 4th Guards Tank Division, shot and killed Oleksandr Shelipov as he rode his bicycle in the village of Chupakhivka on Feb. 28. The Russian soldier had driven into the town with four others in a stolen car, fleeing a Ukrainian resistance attack. He was allegedly ordered to shoot Shelipov from the vehicle with a rifle because they were concerned Shelipov would report them to Ukrainian defense forces.

“This process for me, as the prosecutor general of Ukraine, it’s a first result of our everyday job. We have huge number of these investigations,” she added. “For us, it is the start of a common process of justice because, actually, when we start to prosecute war criminals, for today, we have now suspects in war crimes, more than 50 persons, and in our main anchor case about crime of aggression, more than 600 persons.”

Venediktova also stressed the importance of ending the war for the investigations, citing her office’s inability to access certain regions, as well as the willingness of some victims to come forward, specifically relating to those who were sexually abused.

“At first, victims, they are under huge stress,” she added. “Even the people who now leave on the territory which are under occupation, they are scared to speak with law enforcement agency. I just want to tell you their words: ‘We are scared because maybe Russians come back, and they kill all of us.’ People are in shock, and it is not only women, unfortunately.”

“Again, when we speak about a rape in the international military conflict, it is not ordinary rape. It is war crimes,” the prosecutor general explained. “War crimes don’t have terms. It means that it will be very difficult for us to investigate, but we will have huge time for investigations properly and correctly, for us very important for today, people who are victims, and the conditions, the safety, the life and life of the [unclear].”