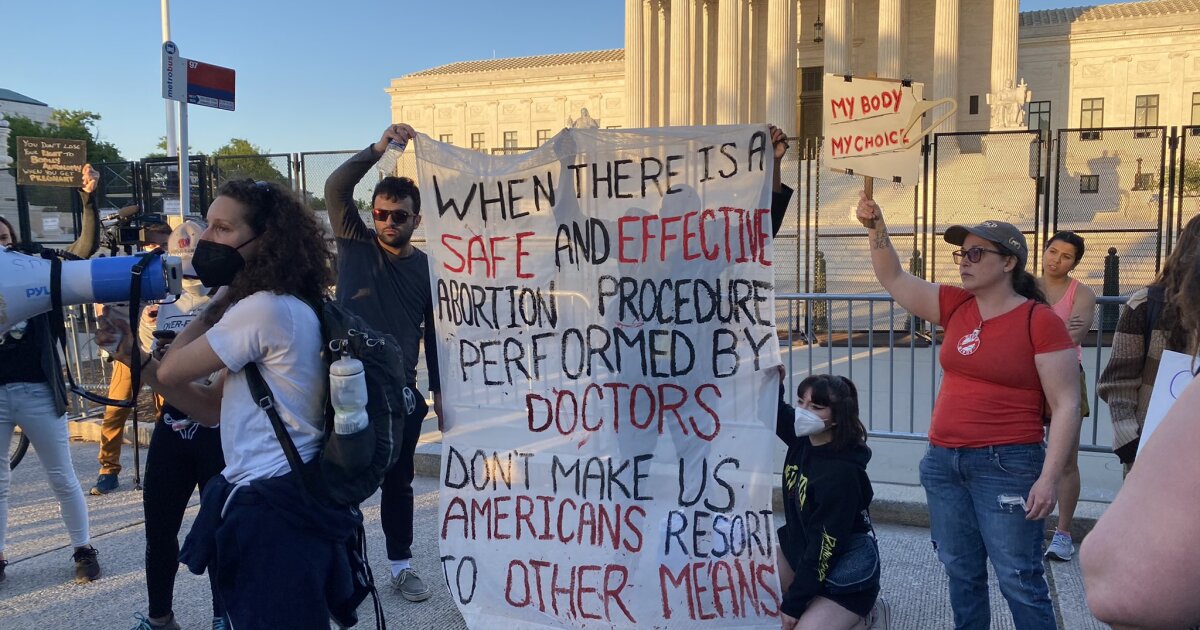 Protesters marched to the Capitol on Tuesday in an effort to get the Senate to pass a bill that would protect abortion services nationwide.

Protesters marched to the Capitol on Tuesday in an effort to get the Senate to pass a bill that would protect abortion services nationwide.

The march, organized by ShutDownDC, began outside the Supreme Court, which still features a fence around its grounds since protests began last week, and traveled to Capitol Hill in favor of the Women’s Health Protection Act.

Despite passing the House in September 2021 — no Republicans voted for the bill, and Texas Rep. Henry Cuellar was the only Democrat to vote against it — Senate Democrats are unlikely to meet the 60-vote filibuster threshold to advance the legislation.

Anti-abortion protesters also arrived at the scene. Police eventually intervened to separate the two groups after a couple of protesters on opposing sides confronted each other yelling.

When protesters began marching toward the Capitol, they were met by U.S. Capitol Police setting up barricades around the building.

Meanwhile, White House press secretary Jen Psaki said in a press conference Tuesday that the Biden administration will “certainly continue to encourage” peaceful protests “outside of judges’ homes.” Another group, Ruth Sent Us, is planning further protests outside the homes of “the six extremist justices,” according to its website.

In Virginia, where three justices reside, any protesters found outside a person’s home and disrupting “any individual’s right to tranquility in his home” could be charged with a class three misdemeanor. U.S. code allows for protesters outside a judge’s home specifically to be fined and/or imprisoned for up to one year.