Throughout his reign, Mao desperately wanted to bring that island into the communist fold but, as Xi may discover, that's easier said than done.

Chiang Kai-Shek, who succeeded Sun Yat-sen as head of the Kuomingtang (KMT), the nationalist, anti-communist party behind the Republic of China (ROC), dedicated his life to building a unified and modern China. By 1949, though, he’d lost the long war on the mainland against communism and was forced to retreat with his followers to establish the ROC on Taiwan. From that day forward, Mao Zedong wanted to destroy the ROC. His generals prepared for a Battle of Taiwan, something Xi Jinping apparently still desires. Xi may discover, though, as Mao did, that the ROC and Taiwan aren’t easy to destroy.

The ROC’s tenure on the Chinese mainland ended on January 14, 1949. For the remainder of 1949, while staying one step ahead of Mao’s People’s Liberation Army (PLA), Chiang managed multiple trips between the Chinese mainland and Taiwan, as he worked to establish a nationalist ROC in exile on the island.

Beginning in August 1949, Chiang began to relocate the Republic of China Air Force to Taiwan. He also sent 26 naval vessels from the nationalist army to Taiwan. Many institutions and universities joined them and were re-established in Taiwan, along with refugees fleeing the PLA.

Mao feared that, if Chiang and the ROC were ensconced on Taiwan, they would try to return to the mainland to resume power. Mao wanted to prevent such a possibility. Therefore, in June 1949, Mao had instructions for the PLA:

Please begin to study the issue of taking over Taiwan. Is it possible to seize Taiwan in a short period of time? What method will be used? Please proceed to study. And telegraph with preliminary comments.

In response, Mao’s chief advisors told him that an invasion would require a large-scale military operation, for which the PLA wasn’t ready. They urged Mao to embed secret agents in Taiwan and in the surrounding ROC-controlled islands, and then to do the work of expanding and strengthening their spy network.

According to a 1945 assessment by the Strategy Center in Virginia, it would cost China 50,000 troops, along with planes, ships, and materials to attack and hold Taiwan. The young communist nation lacked those resources.

Meanwhile, Mao planned an attack on Taiwan’s first line of defense, the Kinmen and Matsu islands, which were located close to the mainland and 187 km west of Taiwan, and other locations where the KMT had established strong bases.

In October, the PLA shipped 10,000 troops to Kinmen, beginning the Battle of Kinmen. After only three days the KMT’s navy and air force were able to defeat the PLA. Mao had seriously underestimated the KMT’s strength and finally began to share his staff’s reservations about invading Taiwan. Nevertheless, he still claimed Kinmen as part of Fujian Province and would attempt every year to take it from the ROC.

Meanwhile, in Taipei itself, Chiang had made counterintelligence and counterespionage his top priority.

Cai Xiaogan, a brilliant spymaster whom Mao had handpicked while Cai was a university student in Shanghai, turned out to be one of the KMT’s best catches. A Taiwanese native, Cai was originally a great asset to the Chinese Communist Party. Concealed as the PLA’s station chief in Taipei, by June 1949, he ran a spy network of 1,300 agents. Cai let Mao know that, by April 1950, he would have his spy network strong enough to support the PLA if it invaded Taiwan.

However, in August 1949, the KMT uncovered Cai’s secret printing press near the Port of Keelung. By January 1950, the KMT spy catchers found Cai with a mistress in Changhua, Taiwan. In exchange for his life, Cai offered to cooperate fully with Taiwan’s government. This proved to be an excellent deal for the ROC.

The information Cai provided led to the discovery of thousands of spies and communist sympathizers, all of whom were arrested. Eventually, Taiwan executed 846 by firing squad and imprisoned another 3,000. This effectively cleared out the entire spy network across Taiwan and the nearby islands. Cai, having performed such a service, was rewarded, and invited to join the KMT ranks.

On January 5, 1950, President Truman announced that the U.S. would not provide military aid and advice to “any Chinese force on Formosa (Taiwan).” Even after Senator H. Alexandre Smith visited Chiang in Taipei and recommended to the Truman administration that it should build a permanent U.S. military base there, Truman refused. While Mao’s reaction is not known, Stalin felt optimistic about Truman’s decision not to support Chiang.

That same month, Stalin advised Mao that he should lead the anti-imperialist revolution in Asia to divert and weaken American power. The first step was the “Liberation of Taiwan.” Mao, therefore, ordered 800,000 troops to prepare for the invasion. However, by June 1950, after Mao’s generals studied Sun Tzu’s The Art of War, they reported that, for the PLA to seize Taiwan would require sea and air power, which could only come from Moscow. 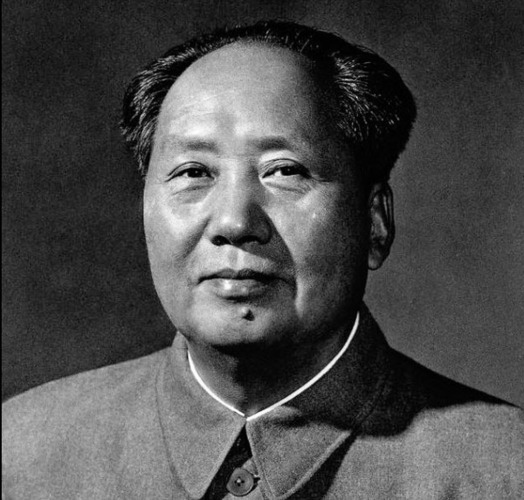 However, on June 25, communist forces from North Korea poured into South Korea, triggering the Korean War. Because Mao was allied with North Korea, he was forced to abort the Taiwan invasion plan and redeploy his troops to the Sino-Korean border area.

As Jay Taylor reveals in, The Generalissimo Chiang Kai-shek and the Struggle for Modern China, General Douglas MacArthur, who had become the Commander-in-Chief of the United Nations forces in Korea, strongly supported Chiang. He had insisted on “everyday all-out assistance to the nationalists and the incorporation of Taiwan as a key strategic asset for the protection of US powers.”

Because massive numbers of Chinese forces now assisting North Korea, MacArthur realized that his coalition of UN troops could not prevail against them. He requested permission to bomb military bases inside China and use nationalist forces from Taiwan. Truman flatly refused. A public dispute broke out between the two men.

On April 11, 1951, Truman removed MacArthur from his command for insubordination. Mao was delighted with Truman’s decision as this confirmed that Chiang would not receive military assistance from the US.

A ceasefire in July 1953 brought the fighting phase of the Korean War to an end. Eventually, 24,000 Chinese prisoners of war were released, 14,000 of whom chose to go to Taiwan. This represented a clear moral triumph for Chiang.

Following the Korean War and continuing through to today, the PLA has not attempted to invade Taiwan. There are multiple reasons:

Meanwhile, in Taiwan, Chiang Kai-shek focused on social reforms and economic prosperity for Taiwan. He won five elections to six-year terms as President of the Republic of China and head of the Kuomintang, offices he held until his death in 1975. Given Mao’s decades of failure when it came to Taiwan, Xi Jinping is likely to think very carefully before he attempts an attack against the island nation with so many crucial global connections.