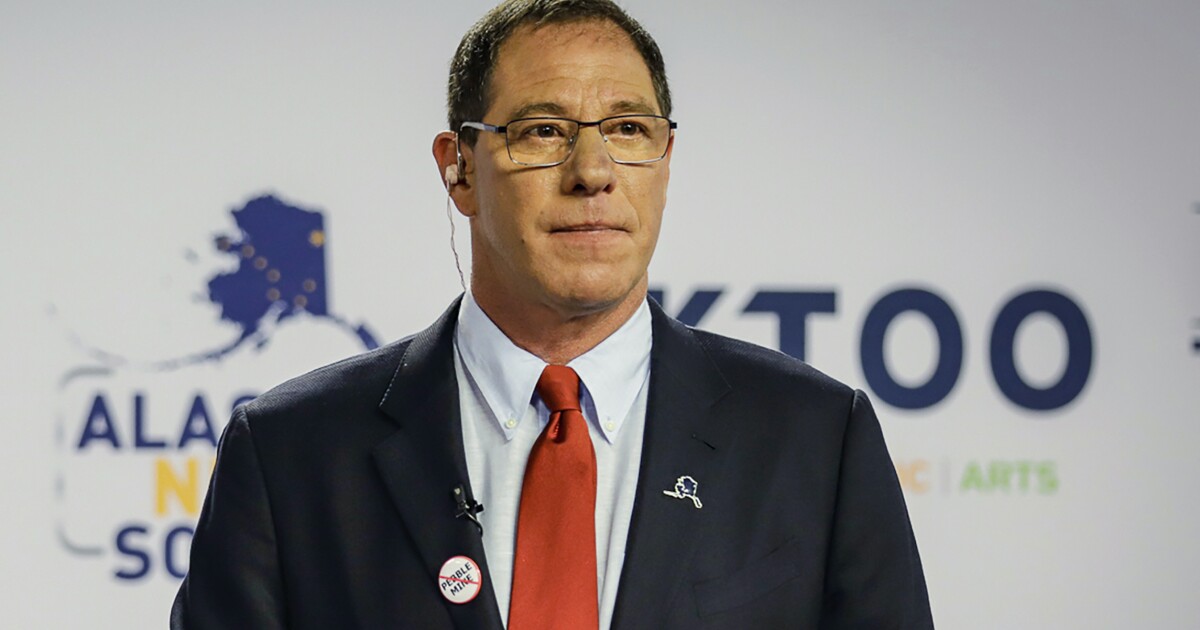 The race for Alaska’s only House seat shifted this week after independent candidate Al Gross said he would withdraw from both the special and general elections.

The race for Alaska’s only House seat shifted this week after independent candidate Al Gross said he would withdraw from both the special and general elections.

After a recent all-party primary to fill the Last Frontier’s lone House seat following the unexpected death of Don Young, the state’s longtime GOP representative, earlier this year, Gross, who came in third place, was expected to advance to the special election for the seat along with former Gov. Sarah Palin and businessman Nick Begich III, in first and second, as well as Democrat Mary Peltola, who came in fourth.

But Gross said this week he would end his campaign.

“There are two outstanding Alaska Native women in this race who would both serve our state well, and I encourage my supporters to stay engaged and consider giving their first-place vote to whichever of them best matches their own values,” he said in a statement. “Thank you for your support.”

Gross’s statement referenced Peltola and Republican Tara Sweeney, who was assistant secretary of Indian Affairs in the Interior Department during the Trump administration. Sweeney came in fifth place in the primary election.

But it does not appear that Sweeney’s fifth-place finish will allow her to qualify for the ballot after Gross’s withdrawal. Gail Fenumiai, director of the Division of Elections, wrote in a letter to a lawyer for Begich that “because this withdrawal occurred less than 64 days before the election, Alaska law does not permit the fifth-place candidate to advance.”

But elections officials will remove Gross from the ballot, Fenumiai wrote.

“Any party that disagrees with these decisions should file suit immediately,” she wrote.

The state’s recent primary was the first election conducted under a new system the state adopted in 2020 that ended party primaries, placing all candidates of any party on the same ballot, known as a jungle primary, and sending the top four candidates to a runoff election.

The candidates on the ballot will compete in the August special election, in which the new ranked-choice voting process will be used, with voters ranking candidates in their order of preference. That election’s winner will hold the seat for the remainder of Young’s term ending in January but will need to run for reelection in November for a new term.