Hillary Clinton just became the most recent Democrat to claim we're “standing on the precipice of losing our democracy.” Hillary ought to know.

Hillary Clinton just became the most recent Democrat to claim we’re “standing on the precipice of losing our democracy” and of all people, Hillary ought to know. After all, it was her minions and her campaign that undertook the most dedicated effort in U.S. history to undermine a political opponent with a “dirty tricks” campaign that deliberately misused government assets to make an unprecedented attack against a political opponent. Now, thanks to John Durham’s investigation, we know with certainty that Hillary’s campaign was behind the fake Alfa Bank scandal and the accusations of Trump being an agent of Russia all along, and that she personally authorized the seditious behavior. How do we know? Robby Mook testified to that fact in front of a jury while at risk of penalty for perjury.

Hillary is like the arsonist who puts a gasoline-soaked match to her own house and then complains when it catches fire. No single American citizen has done more damage to our federal government since Benedict Arnold, who tried to sell the defense plans of West Point to the British during the Revolutionary War. Her husband Bill debased the presidency by having sex with an intern in the Oval Office. Then he committed perjury on the witness stand and followed that by lying to the American people. No other human being in my lifetime has done more damage to the collective mental health of our nation.

She’s not just bad, or dumb — no, Hillary is pure evil. Bill was stupid, and he got caught. Without Hillary covering for him and working feverishly behind the scenes to destroy Bill’s accusers, he would have been forced to resign. Hillary wasn’t just Bill’s wife; she was his accomplice and co-conspirator. The billing records of the Rose Law firm didn’t hide themselves in the White House during the Clinton presidency. She’s the one who turned $1,000 investment into $100,000 worth of “cattle futures.” There’s a long running joke about the number of suicides connected to the Clintons, but it’s important to take serious note that the Clinton Body Count even has its own Wikipedia page. With every increase in the death toll, it becomes harder and harder to believe it’s all just part of some fringe conspiracy theory. With that much smoke, there’s got to be a fire burning somewhere.

The truth is out there, but it isn’t being reported. It has been rumored that the mainstream media serves as the public relations arm of the Democratic Party, and the evidence to support that theory becomes more obvious every day. The late great Rush Limbaugh used to regularly mock the media in show segments such as the famous montage talking about George Bush needing to select Dick Cheney to add “gravitas” to the ticket. Obviously, someone is distributing a set of talking points to the media on a regular basis, and the talking heads are so stupid they don’t even bother to edit the script before reading it on camera. 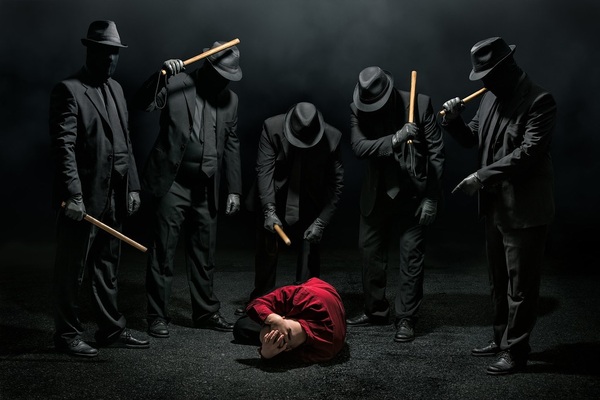 So, what does the mob do? Mob stuff. They try to impose majority rule in every instance and intimidate their ideological opposition with rallies, protests, and showing up in the middle of the night heavily armed and prepared for assassination. They form an echo chamber to repeat the message until it becomes a mantra.

According to (soon-to-be former) Democrat representative Stephanie Murphy only a few days earlier, the United States “came perilously close to losing our democracy and it was because there was a man in power who cared more about his personal gain than he did about his commitment to this country and the Constitution.” Personally, I’d say $5 per gallon of gas is a much bigger threat to our freedom than the Orange Man could ever be, but that’s just me, and that’s without suspecting that January 6th was a hoax. However, if reports are true that Trump authorized the deployment of the National Guard, but Nancy Pelosi rejected the offer of assistance, then the wrong people have been put on trial.

And of course, the media wouldn’t be doing their job without simpletons like Max Boot parroting Democratic talking points about “losing our democracy” while the cost of living skyrockets due to the Biden administration’s penchant for printing money like it was going out of style and causing massive inflation. When your “token conservatives” are writers like Boot, David Brooks, Jennifer Rubin, and Bill Kristol, you really don’t have any conservative writers. Democracy doesn’t die in darkness; it dies in blatantly obvious partisan reporting.

Yes, gas is expensive, but suddenly everything has gotten a lot more expensive. No matter where one looks, whether it’s at energy policy, transportation, social issues, domestic policy, or foreign policy. Let’s Go, Brandon. Anywhere but Pennsylvania Avenue.

As far as “losing our democracy” is concerned, it’s impossible to lose something you’ve never had. The U.S. has never been governed by a democracy. Our government is a constitutional republic and always has been, from the moment of its inception.

What Hillary and her ilk are really worried about is the end of the Democratic Party. If the truth about the Clintons (or the Bidens) ever became public knowledge, their political careers would be over forever.

John Leonard is a freelance writer. His seventh book, titled The God Conclusion, will be available July 7th and is currently available for preorder on Amazon. He may be contacted via his website at southernprose.com.