Manners is the art of delivering the right wrong impression.

Jesus said the truth will set you free, and it will — from friends.  I’m not saying go out and con all your friends, but the truth is that nobody wants to say the whole truth and nothing but the truth, and that’s why we make people swear they will.  But mainly on the witness stand, and then only under threat of legal punishment.

“Truth” is a much bigger concept than human relations.  It has to do with your relationship with reality.  When you don’t believe in reality, you can’t live successfully.  When you believe the wrong things about a person, it’s possible to screw up — but in society, it most usually it makes things go better.  At least if people believe the right wrong things.

The art of delivering the right wrong impression is called manners.  They tell you when to speak up and how, and the pitch you say it in, the way you put the words, will be taken more seriously than what you actually say.  The great difference between manners and lying is that one lies to benefit himself.  In the process of exercising manners, on the other hand, he benefits other people.  Thus, one is accepted by society, and the other one will get you kicked out of it.

Whether or not you’re moral is almost beside the point.  Morality can be proved only occasionally, and manners have to be proved constantly.  A man can be a scoundrel, and if he has good manners, everyone will think he’s a great guy.  A man can be a saint, and if he has bad manners, everyone will think he’s a scoundrel.  A man who practices good manners isn’t good, necessarily, but pleasant.  And these two things are usually confused for each other, because being around unpleasant people is horrible.

I think this is part of the reason Christ got crucified.  Truth is necessary and many times funny, but the truth people and the manners people are almost always at odds with each other.  The manners people tell you what you can say and can’t say or how to say it.  The truth people are there to remind us that truth is bigger than our façade, and many of us are just pigs in lipstick.  One hides things that hurt, and the other hurts to prevent hiding some things — which he believes will hurt us worse in the long run.

Thus, they’re always in a game of hide and seek.  One is always hiding, and the other is a little brother ratting him out to the others.  The prophet knows that manners are a great thing until they’re carried too far.  Eventually, a wink at a vice becomes a gloss over crimes.  One small pass becomes degeneration in general.  The little bit of fakery we needed becomes mass delusion.

But too much truth will get you killed also.

In the end, it isn’t manners, but wisdom that tells you what to hide and when rightly.  So the lady hides too much.  The prophet spares too little.  We like to praise the prophet, but his contemporaries usually try to kill him, and the lady has a way of strangling you slowly.  Polite and police come from the same root word, and it’s no surprise that working around a grande dame is a lot like living in a police state.

Xenophon says, in his Education of King Cyrus, that the ancient Persians had the opposite policy of ours.  Their boys learned three things in school — to ride a horse, to shoot a bow, and to tell the truth — and took a stand against the deep urge to BS one another willy-nilly.  I assume there were grades given for truth-telling, or something like grades.  I believe that the more skillful liars even came across as more truthful, as they most usually do.  But even the attempt at eliminating lies in grade school is a big deal.  First off, it’s the admission that everyone at heart is a liar.  But second, it’s the fraud that we can live with one another in peace while being 100% truthful.  It’s my opinion that the second idea is a farce, and totally validates the first.  But how much more noble is the Persian way than ours — where people have to lie about obvious things in order to  keep a job?

Jeremy Egerer is the author of the troublesome essays on Letters to Hannah and welcomes followers on Substack.  Email him at [email protected] to get a free copy of his essays or to see what he says next. 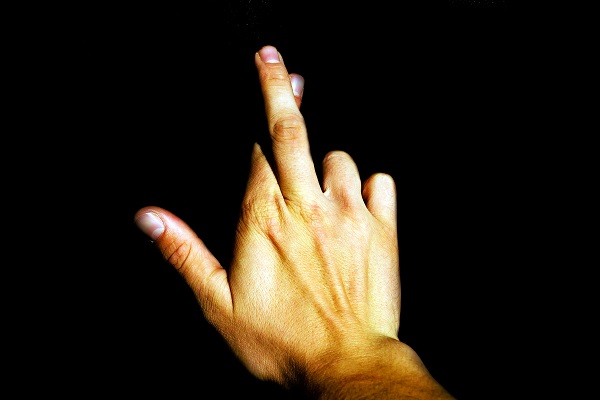