What do mental health and mental illness have to do with mass murders and increasing violence in society? Virtually nothing.

The basic bipartisan agreement among senators to ensure a filibuster-proof deal to reduce mass gun violence includes billions of dollars of mental health investments, such as expanding nationwide mental health and addiction services.

What do mental health and mental illness have to do with mass murders and increasing violence in society? Virtually nothing, we would argue.

Having mental health “experts” look at many people to determine who is a threat is an exercise in futility.  There has never been a major study that indicates that such experts can discern who is dangerous or not dangerous better than laypeople.

We are addressing here the issue in light of the almost ubiquitously reckless and irresponsible use of the terms “mental health” and “mental illness.”  Pundits and those social scientists considered experts on the matter use the terms mental health and mental illness as if they are causal agents which account for why people act in socially desirable and undesirable ways. In fact, they are usually terms only of inference, implying good/bad and socially valued/disvalued thinking, opinions and conduct.

Szasz and his supporters submitted that neither empirically exists: mental illness nor mental health. They are both metaphors, metaphors masquerading as medical realities.  Diagnoses of mental illness are subjective judgments of behavior. Diagnoses of real disease, such as those made by pathologists and used in nosology, are made on the basis of cellular abnormality. The latter is objective;  the former is subjective.

That is to say, mental illness and mental health are value judgments, not medical/scientific assessments. As Szasz always asserted, disease is something physical, something a person has, like leukemia, whereas mental illness refers to alleged reasons people do bad or wrong actions.  The terms refer to everything and therefore distinguish nothing.

The American Psychological Association this year argues that “prior research suggests that approximately two-thirds of public mass shooters exhibit signs of mental illness… and that even the most ‘mentally healthy’ perpetrators could be recoded as having signs of mental illness or suicidality…” None of these “signs” is anything but behaviors, not physical symptoms of disease.

Regardless, mental health and mental illness remain most of current liberal and conservatives’ go-to explanations for virtually all impossible-to-stop anti-social phenomena.  This is mainly due to frustration; what if there is no way to lessen the criminal population, especially in violent cities?

Yet, regarding mass murders, surprising as it may be, the generally psychiatrically focused left has a few — just a few — dissenters.  The Psychiatric Times wrote unambiguously, “The fact of the matter is that ideology, racism, and perceived injustice trump mental illness in many of these cases. To put it bluntly, racism is not mental illness.”  This incongruous admission is no doubt due to the Left’s unwillingness to excuse perceived racism, which it finds everywhere. 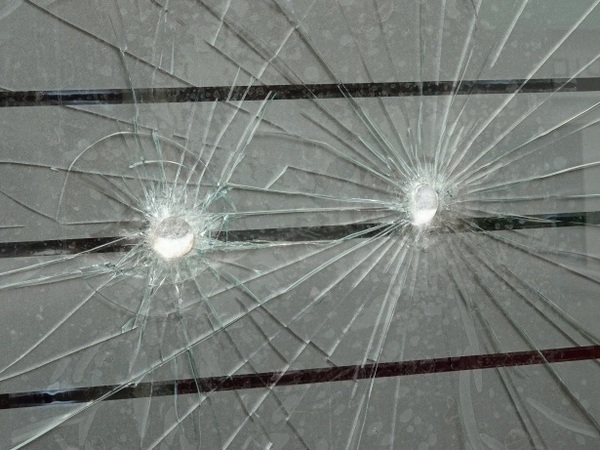 The current wave of mass murders has led to a reversal of positions: liberals, who historically have been at the forefront of maintaining that all off-putting behavior may be mental illness now have some doubters per mass murderers, and conservatives who have since the heyday of Szasz doubted the existence of an epidemic of mental illness, now reference it regularly as the consistent explanation for illegal violent behavior.

In the decades following Szasz’s The Myth of Mental Illness, he enjoyed a strong minority of conservative followers, including the authors of this piece, who supported his seminal thesis; namely, that mental illness is a mixed metaphor.  The mind is a construct and cannot be literally ill or diseased, whereas the brain is an organ which can.

The New York Times, unfriendly to conservative points of view, nonetheless recognized its classic status and said of Szasz’s Myth book, it is “The landmark book that argued that psychiatry consistently expands its definition of mental illness to impose its authority over moral and cultural conflict.”

Mental illness is what the late political theorist Murray Edelman, anthropologist Edward Sapir and others would (and should) have called a “condensation symbol,” with no specific referent but which condenses into one symbol a host of applications with political significance.

In simpler terms, in contrast to brain disease, wherein an organ is damaged or malfunctioning, mental illness is a way to stigmatize behavior while claiming no responsibility of the actor, who is by definition not choosing to act as he or she acts.

Columns, discussions, and right-left disputes on the causes and solutions to the mass murders from Buffalo to Uvalde to Tulsa, etc., and, adding to those, the general violence in homes and on the streets and in schools and churches, the only thing that has changed is rhetorical.  There is now virtual unanimity, with just a few deniers on the Left, on one cause of all anti-social behavior: mental illness.

Years before Szasz’s death, and we would argue that this is due to his influence, more and more people rejected mental illness and the widespread use and support of the insanity plea as bogus causes.  The mental therapy solutions were similarly doubted more and more, whereas today it is hard to find solutions absent the recommendation of psychological “treatment.”

Why? Again, because there is no agreement as to what mental illness is or is not.  Moreover, unlike authentic physical or somatic illnesses, as Szasz tirelessly argued, mental illnesses have no consistent pathological cause.  If they did, they would be brain diseases.  And even if lawbreakers and rule breakers had brain disease, it would be quite a task to persuade fair-minded people that a neurological condition caused a person to break the law.

Ultimately, violence in America can be attenuated with a number of sociological changes, including, but not limited to, disincentivizing fatherlessness, promoting reasonable and non-constitutional-destructive gun laws, such as lowering the age one can purchase guns, and less unfair interference with police.

What would Szasz say about the current emphasis on “mental illness?”  Simply that mental illness is not a neurological reality; it is a mythological condensation symbol of description of untoward behavior.

Mass murderers and other lawbreakers do what they do because they have agency: they choose to do what they do and nowadays infer that there will be acceptable or no consequences.

Alan Dershowitz once wrote a book titled the The Abuse Excuse, exploding the myth whereby murderers and other felons escape responsibility by claiming their experiences had caused them to break the law.

Focusing on “mental health” and “mental illness” does nothing more than allow government to randomly gain control of thousands of people absent any probable cause and absent any significant reduction of mass murders.

Jeffrey Alfred Schaler is a retired professor of Justice, Law and Society at American University’s School of Public Affairs, and a retired member of the psychology faculty at Johns Hopkins University. He was Editor in Chief of The international journal Current Psychology.

They are co-editors of Thomas S. Szasz: the Man and His Ideas (Transaction and Routledge, London, 2017) and authors of many pieces on psychiatry and the law