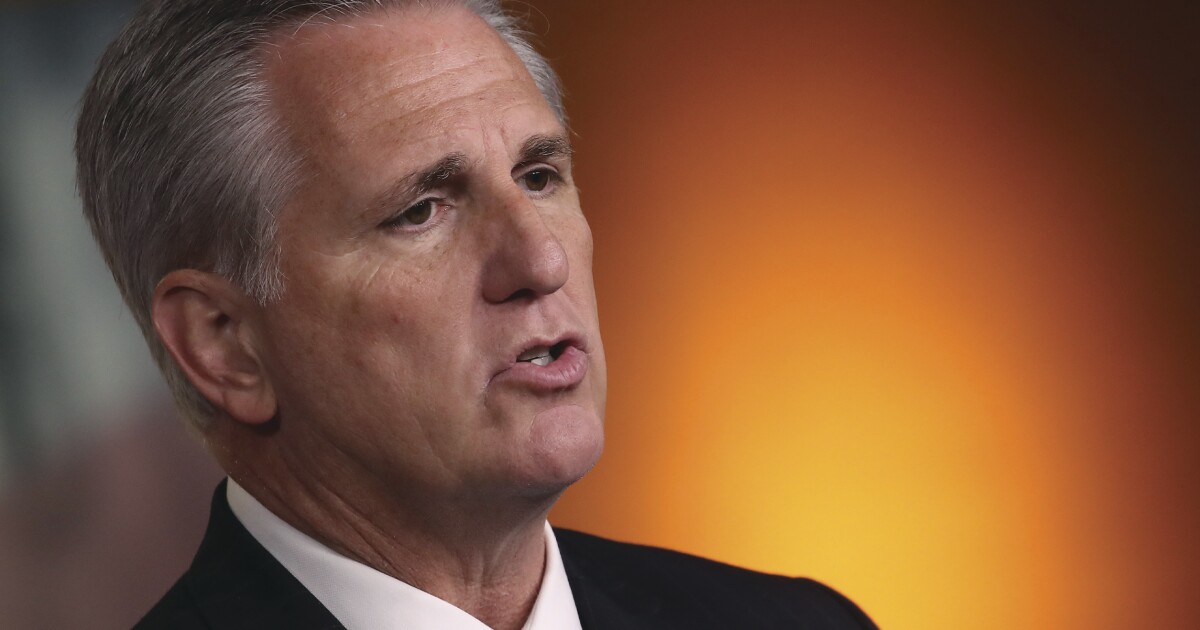 With primary season in full swing and the general election field taking shape, the Republicans’ agenda of what they’ll do if they retake the House is becoming tantalizingly close.

With primary season in full swing and the general election field taking shape, the Republicans’ agenda of what they’ll do if they retake the House is becoming tantalizingly close.

Republican leaders have been picking priorities since last year and have settled on several front-runners they see as winners with the people in the midterm elections and beyond. Chief among these are immigration and border reform, ending proxy voting, and using control of the committees to investigate Hunter Biden.

The GOP has been laser-focused on securing the southern border, and this would become a high priority for Congress if it turns red after the midterm elections. Though the minority party has focused chiefly on the Biden administration’s failure as illegal border crossings skyrocket, an influential coalition of conservative think tanks released a 15-point plan this week that would likely form the basis of the Republican strategy. It calls for zero amnesty for illegal immigrants, finishes the border wall, and tightens asylum rules.

Pandemic adjustments to the legislative process have rankled many Republicans, who see specific changes as unconstitutional. Proxy voting, or allowing members to vote on behalf of their absent colleagues, is their top concern, and it most likely would not survive a majority change. While rules including mask requirements and banning public tours have been lifted in recent months, proxy voting and remote committee work are still allowed “due to the ongoing public health emergency,” as the proxy voting forms say.

As it stands, proxy voting is an exception that GOP leaders are eager to do away with, especially after it was revealed that Rep. Kai Kahele (D-HI) rarely went to Washington, D.C., to vote this year. Top Republicans, including House Minority Leader Kevin McCarthy (R-CA), filed a lawsuit to overturn the rule, but the courts rejected it.

“Members of Congress should show up to work on behalf of their constituents, just as they have since our nation was founded,” McCarthy spokesman Mark Bednar said in a statement after the lawsuit failed in January. “We can’t rely on a separate branch of government to make Congress do their jobs as intended by the Constitution, and if Republicans earn back the majority, proxy voting will be eliminated on Day One.”

McCarthy would also give Democrats a taste of their own medicine by stripping some high-profile members of their committee assignments. Democrats voted to remove Rep. Marjorie Taylor Greene (R-GA) from her committee posts shortly after she was sworn in last year due to past incendiary comments. McCarthy said he would like to see Reps. Eric Swalwell (D-CA) and Adam Schiff (D-CA) removed from the House Permanent Select Committee on Intelligence and Rep. Ilhan Omar (D-MN) from the House Foreign Affairs Committee.

“The Democrats have created a new thing where they’re picking and choosing who can be on committees,” McCarthy told Breitbart in January. “Never in the history [of Congress] have you had the majority tell the minority who can be on committee. But this new standard, which these Democrats have voted for — if Eric Swalwell cannot get a security clearance in the private sector, there is no reason why he should be given one to be on Intel or Homeland Security. He will not be serving there.”

He may also create a new committee focusing on threats from China, investigate President Joe Biden’s son for his shady business dealings, and make a new position in Republican leadership, called the “chair of the Elected Leadership Conference.”

Greene has some ideas for what she would like to do as a member of the majority. The freshman had her personal Twitter account banned for spreading “misinformation” about COVID-19 and has made free speech online one of her key concerns. In November, she wants to introduce the 21st Century Freedom Act with Sen. Bill Hagerty (R-TN) to ensure that social media platforms are transparent in their content moderation. She also wants to invite Elon Musk, Twitter’s new owner, to the capital for a roundtable discussion with other high-profile accounts banned from the platform.

There is some hot-button policy that will take a step back from legislative fervor under Republicans. For example, though abortion access is the debate of the moment in light of the leaked opinion indicating the Supreme Court is ready to overturn Roe v. Wade, Republicans have refrained from demanding abortion restrictions at the federal level and mostly indicated they think it is best left to the states.

With gridlock possible between the executive and legislative branches in the 118th Congress, the party will have to be creative in how it enacts change. Getting major Republican-backed bills past Biden’s desk will be tricky, but some of the reforms within the chamber will be entirely possible.