Now is the time for the freethinkers, rebels, and iconoclasts to spread knowledge as never before.

To Fight Marxist Education, We Need a New Kind of School – American Thinker<!—->

What is the antidote to “wokeism”?  Knowledge.  How do ordinary people resist the growing tyranny of State power?  By questioning everything they’re told.  How can people being controlled fight back?  By remembering that they alone control their thoughts.

You knew these answers without my help.  Variations of them are entwined with our cherished cultural beliefs.  Knowledge is power.  A mind is a terrible thing to waste.  The truth will set you free.  In the past, perhaps, these idioms were too often seen as nothing more than inspirational bromides one might find embroidered on a decorative bookmark.  Now their gospel truths are strikingly clear.  Stupidity breeds weakness.  Obedience kills critical thinking.  Ignorance invites enslavement.  Wisdom ameliorates suffering.  Imagine how much stronger America would be today if America’s children understood these vital lessons.

That last point gets to the nub of it, does it not?  The Educational Establishment, much like the Political Establishment, is not vested in helping young minds grow.  It is interested in placing children in small, windowless boxes and slapping them back should their curiosity dare to poke an occasional hole exposing the illuminated world of knowledge just beyond their grasp.  It is committed to preventing young minds from ever acquiring the essential tools necessary for unlocking limitless potential.  It seeks good “woke” soldiers, not true thinkers.  Thinking is dangerous to any system of control.  Asking “why?” is the dirtiest of words in a system dependent upon intellectual conformity.  Indoctrination, not enlightenment, is the game today.  Those desperate to drink unquenchably from the cup of knowledge must sate their thirst away from the prying eyes of government-controlled institutions, where wrongthink is punished and groupthink is praised.

Not that I have anything against teachers — quite the opposite.  Real teachers, those souls talented enough to awaken young minds to hidden knowledge, pursue a righteous calling.  Those who understand that it is more important to teach a child how to think than what to think are force-multipliers for the good of any society.  Whether a mentor to one or a lecturer before hundreds, those who have been gifted the capacity to provide others not just rote knowledge, but also the tools for pursuing great wisdom are guided by the hand of God.

The problem is that real teachers are just as much of a threat to any totalitarian system as real thinkers.  They are more of a threat, in fact, for great teachers produce waves of great thinkers, many of whom mature to become teachers producing even more waves of thinkers for years to come.  Just as depriving a field of its farmer deprives it of its harvest, depriving growing brains of pedagogical nourishment deprives later generations of their invaluable rewards.  The Marxists who have largely taken over the Educational Establishment don’t want wise farmers with bountiful crops; they want intellectual deserts hostile to scholarly life and unfit for its growth.

Now most schools have become big daycare centers where teachers have traded sports coats, ties, and dresses for the comfort of gym clothes, and curricula have traded rudimentary knowledge for “woke” pablum.  Meaningless enrollments produce meaningless degrees conferred as meaningless “achievements.”  The privilege of learning has been sidelined because the “right” to an education is now treated as a teacher’s obligation, rather than as a student’s opportunity.

At some point during this great educational upheaval, teachers became little more than glorified babysitters expected to do the parenting that parents failed to do, simultaneously losing their authority over students, deferential respect from parents, and the professionalism once firmly established across their vocation.  If you have ever known teachers who experienced this “fundamental transformation” of the schools firsthand, then you will have heard the sadness in their words as they lament what their profession has become.

The Marxists, to be sure, got what they sought: successive generations of Americans bereft of the building blocks necessary to comprehend that they’d been cheated of basic knowledge.  Those with no understanding of history lack the acumen to steer the future.  Those deprived of great literature remain ill prepared for complex ideas or weighty emotions.  Those who don’t first train their minds with the foundations of mathematics and logic lose their potential to build anything new.  To create automatons incapable of dissent or resistance, the Marxists simply destroyed education.

The unsavory result has been that America is now a nation of people with many titles and degrees but diminished capacity for critical thought and reflection.  Just as Congress and the White House work today to disarm Americans of their constitutionally protected firearms, the successive governments behind the Department of Education’s demolition of public schooling have disarmed too many Americans of their potential for reason and rationality.  Anyone who doubts that unassailable truth need only look around to see a society unable to distinguish men from women, alleviate its existential angst over ridiculously ludicrous tales of climate apocalypse, or comprehend that the very people who speak endlessly of “saving democracy” or “fighting fascism” are the same ones destroying democratic institutions and promoting the State’s totalitarian authority.

Where do we go from here?  Well, at the risk of sounding too optimistic, I’d say now is the time for the freethinkers, rebels, and iconoclasts to unleash hell and spread knowledge as never before.  Not all education takes place in school, after all.  Some might say, in fact, that no real education can take place entirely in school.

It is sometimes forgotten that before America declared its independence from Britain, American colonists first spent years creating their own kind of open classroom for education and debate.  Among the most important institutions permitting them to communicate political ideas was what we might call the online school of their day: the Committees of Correspondence.  Those committees, formed throughout the colonies, allowed towns to formally debate contentious ideas while rallying support among each other.  In an age before mass communication, they were instrumental for providing the general public with a political education beyond the control of the British Empire.

That’s a little like what we do here, is it not?  Writers, readers, and commenters hash out the big ideas of the day in a forum unconstrained (so far) by government censorship — our very own Committee of Correspondence.  Because the educational institutions of our day have chosen to attack free speech and free thought, those of us who understand what’s happening have found other means to communicate.  It’s an important and necessary step for reclaiming lost liberties.  After all, knowledge is power.  Powerful ideas do change minds.  And a little bit of wisdom is stubbornly contagious. 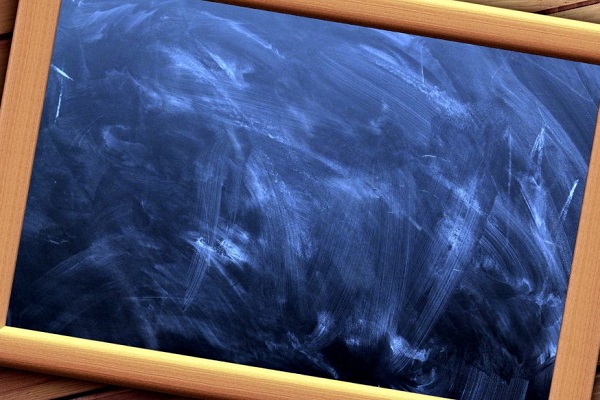