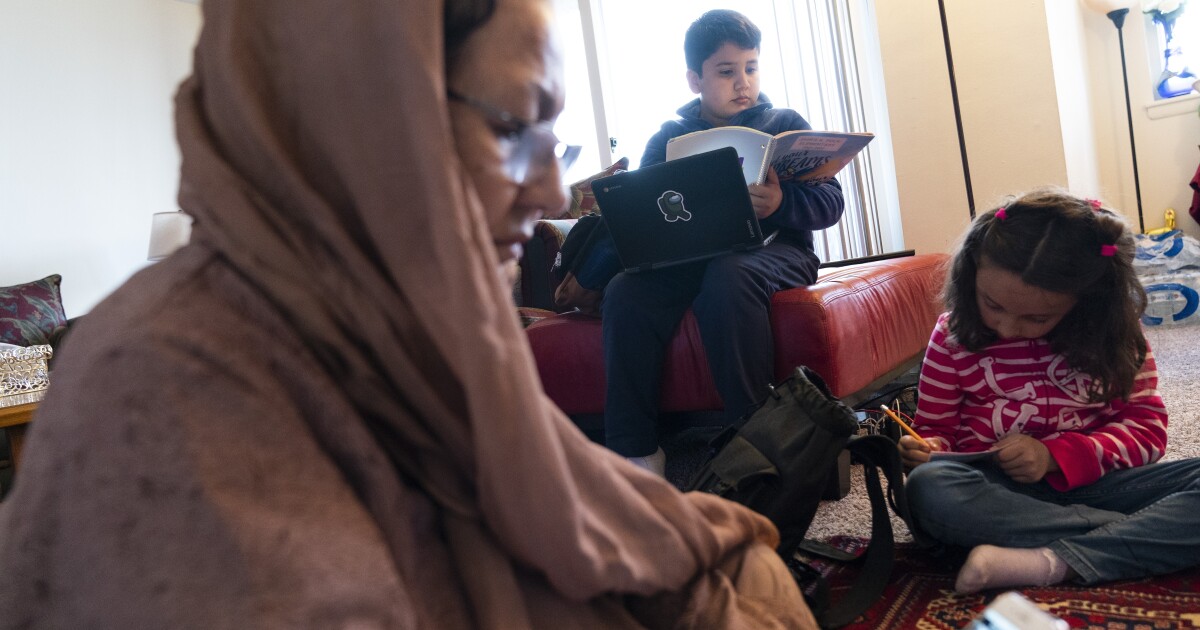 As the White House celebrates World Refugee Day, a new report has revealed that 90% of adjudicated requests from Afghans seeking parole entry to the United States on humanitarian grounds have been rejected.

As the White House celebrates World Refugee Day, a new report has revealed that 90% of adjudicated requests from Afghans seeking parole entry to the United States on humanitarian grounds have been rejected.

U.S. Citizenship and Immigration Services has received upward of 46,000 applications requesting entry via the parole process, but of the adjudicated requests, only 297 have been approved, while 4,246 have been denied between July 2021 and June 2, according to data obtained by CBS.

BIDEN REAFFIRMS US COMMITMENT TO REFUGEES ON WORLD REFUGEE DAY

Last summer, as the Taliban toppled the U.S.-backed government in Afghanistan, NATO and other forces airlifted over 120,000 people out of the war-torn nation to be resettled elsewhere, marking one of the largest such operations since the Vietnam War.

However, not all Afghans who were eligible for resettlement in the U.S. were moved out of the country at the time, the outlet reported. Instead, many were left to apply for immigration parole to gain entry without visas due to dire humanitarian concerns.

Mohammad, who is cited by the report, had been rejected despite his brother Zaker Hussain serving as a translator for the Marine Corps. Hussain had appealed to the U.S. government on behalf of his brother, voicing concerns that his work for the government endangered Mohammad, who was part of the persecuted Hazara minority group, the outlet reported.

Hussain now reportedly works as a caseworker for a resettlement organization. His wife, daughter, and another one of his brothers boarded an evacuation flight out of Afghanistan last year, according to the outlet. However, Mohammed, his wife, and his children didn’t make it out of the country.

President Joe Biden pledged Monday that the U.S. will continue collaborating with its partners to ensure refugees “have access to the life-saving assistance they deserve.” He also touted the work the U.S. has done to welcome refugees.

“We have already demonstrated by welcoming more than 80,000 Afghans to our country over the past year and by committing to provide temporary safe haven to tens of thousands of Ukrainians that we will lead by example,” he said.

Meanwhile, half a world away, in Afghanistan, humanitarian conditions have reportedly continued to deteriorate under Taliban rule. The fundamentalist warlords decreed last month that all women must be covered head to toe in public and have declined to reopen schools to girls above sixth grade.

Over 60% of the country’s population, 24 million people, are in dire need of assistance, such as food and medical supplies, to survive, the United Nations Office for the Coordination of Humanitarian Affairs warned in March.