For more than four years Governor Phil Murphy has been rolling out the red carpet for illegals on the voting public's dime.

According to the nonpartisan New Jersey Office of Legislative Services (OLS), Governor Phil Murphy has once again slipped the ethical leash.  Not to be outdone in progressive circles and to burnish his credentials for the 2024 presidential election, Murphy is playing patty fingers with federal COVID monies to pay thousands of dollars to each illegal immigrant household, wherever they may be hiding out in the state.

Murphy’s inner circle knew this bit of fiscal hijinks would be baked into the tenure of his second term.  It was hidden from voters in order to sidestep an issue sure to hinder the 2021 re-election of a governor with a five-star rating as a liberal spendthrift and COVID authoritarian. For two years, Murphy muscled his way through the pandemic, issuing more than 140 COVID diktats and strongarming the state legislature to institutionalize certain emergency health powers.  His re-election against a Republican newcomer was a cliffhanger for a deep blue state, with Democrats on the edge of their seats until the late-night cavalry of uncounted mail-in ballots dragged him across the finish line.

As a Goldman Sachs alum, Murphy had greased his 2017 gubernatorial campaign by spreading his dividends among the state’s Democrat strongholds, overpowering his political opponent by wining and dining the county bosses.  Facing re-election in 2021, Murphy would learn that his open-arms policy towards illegal state migration created insatiable demands from advocacy groups not so easily purloined.

Under Joe Biden’s open-border fiasco, illegals have been flocking to New Jersey.  As the fifth smallest state, it ranks fifth behind the four largest states in illegal population.  For more than four years Phil Murphy has been rolling out the red carpet for those who have chosen lawbreaking as a first step towards citizenship, offering safe haven, financial support, and benefits.  In so doing, he has been aiding and abetting the crime of human smuggling in the Garden State, even before Biden and the Democrat party chose lawlessness and open borders as their orthodoxy to achieve political goals.

As Donald Trump implemented his immigration crackdown in 2018, Murphy started his first term as a Gavin Newsome clone by turning New Jersey into a sanctuary state, creating tuition equity through student financial assistance, and parking a couple of million dollars of legal aid for illegals facing deportation.  He followed this by weighting the scales against law enforcement, throwing up roadblocks to collaboration with federal immigration agencies and enforcing a prior Democrat ruling forbidding cops to query immigrant status unless it involved a violent crime.

In July 2020, the governor gave illegals the right to apply for professional and occupational licenses, in direct competition with legal residents at a time of staggering pandemic unemployment in the state.  In May 2021, illegals began queuing in overcrowded motor vehicle offices to get a valid state driver’s license, a document that didn’t reveal immigration status.

In addition to statehouse protests and hunger strikes by pro-immigrant stalwarts demanding more handouts, Murphy was also facing a stiff political headwind from Albany.  Andrew Cuomo had set aside no-strings-attached two billion dollars for the state’s illegal population.  Jersey advocacy groups were outraged by the disparity in subsidies between the two states.  Murphy was being a poor host to illegal immigrants and not as tough as Cuomo on the taxpayers footing the bill.  Communications between the two sides were deteriorating and Murphy was at risk of losing precious support for his re-election.

In May 2021, Murphy established a program for disbursing cash assistance to the state’s half million ‘undocumented individuals’ — a term that 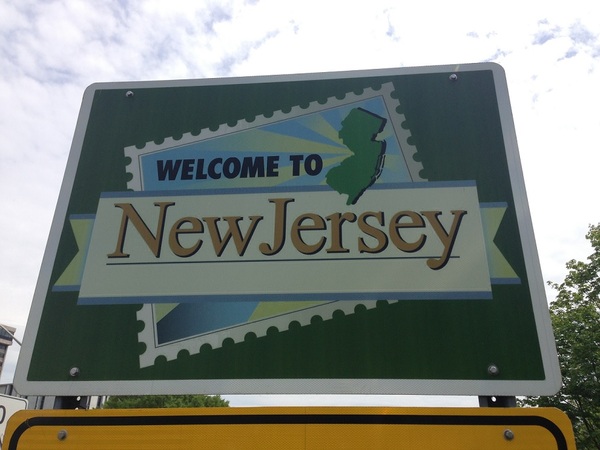 Unlike unemployment or food stamps programs for legal New Jersey residents that require a valid driver’s license, proof of residency, sources of income, bank statements, a social security number, and immigration status, the ENJF program protected the confidentiality and whereabouts of its applicants by simply requiring a passport, international driver’s license, or birth certificate, from any country, accompanied by a witness declaration from a church or shelter representative.  After accessing a password-protected portal, payment is arranged through text messages sent to an applicant’s cellphone number and mailed to a chosen address.  In October 2021, ENJF began sending one-time checks in the amount of two thousand dollars per household to undocumented ENJF applicants.

CARES monies expired at the end of the year, forcing Murphy to divert thirty-four million dollars in unspent funds to state payroll costs.  Participation in the ENJF had been low, with only six of the allotted forty million dollars in the hands of five percent, or just over ten thousand of the illegal population.  Advocacy groups placed blame on the difficulty of the online application and poor messaging by the administration to the immigrant community.

Diverting monies from Biden’s American Rescue Plan (ARP), doubling the household payout from two thousand to four thousand dollars, and extending ENJF applications until late February 2022 was the antidote Murphy needed to calm a coalition of immigration groups until the next budget cycle.  Subsequently, applications to the ENJF tripled in number.

Replenishing the ENJF coffers, however, came with a legislative caveat.  According to state budget language, transferring more than ten million dollars of ARP funds into any program required legislative approval.  Twice in April Murphy raided the ARP, each a ten-million-dollar withdrawal.  The first withdrawal fell within Murphy’s budget authority, but the second transfer circumvented the legislative oversight process. That drew the ire of the Republican minority and prompted three inquiries from the OLS to the administration that went unanswered.

For New Jersey’s beleaguered voters facing both rising inflation and supply shortages, Murphy’s latest ENJF handout to illegals of four thousand dollars equates to eight hundred gallons, or forty-three tankfuls, for a midsize Jersey gas guzzler at prevailing pump prices.  Or more than two years of baby formula, enough to keep four infants fat and happy for the six-month course of their consumption.

Immigrations activists in New Jersey have beat the drum that taxpaying illegals contribute more than six hundred million dollars in state and local taxes each year, an existential inconvenience for which they should be handsomely compensated. That argument is a red herring, considering that in 2021 Jersey taxpayers spent four billion to support the educational, financial, and medical well-being of its illegal population, up from two to three billion per annum eight years ago.

Undaunted in his quest to put border jumpers on an equal footing with legal residents, Murphy has used the occasion of his 2022 annual budget address to the legislature to request fifty-three million for more piecemeal payments to ITIN recipients.

Murphy’s moral compass has always pointed away from the New Jersey taxpayer and even a re-election nail biter has not knocked him off course.  Stemming the tide of illegal migration into one’s state is not in the playbook of a true-blue Democrat who pines for single-party rule.  America’s most progressive governor is stuck in the progressive whack-a-mole of throwing good money after bad policy.